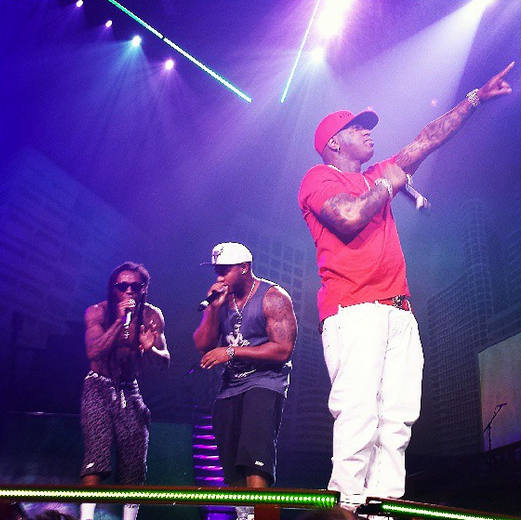 Even though it likely reads “CLOSED” next to that last class you needed, the fall music scene in San Diego is wide open. From rap royalty in Chula Vista to baroque pop in North Park, the city is primed with variety and set to relieve your stress this semester.

To aid in your viewing pleasure, we compiled a quick pull of favorites across genres —- most of them in close proximity —- in the upcoming months. Enjoy!

The apogee of Young Money Entertainment is at it again. With guarantees of pyrotechnics, 3D imagery, and even a live-action skatepark on stage behind him, Lil Wayne’s verbal ingenuity rounds off what will be a bombastic night at the Sleep Train Wireless Amphitheatre. Tickets start at $38.89 then move through lavish promotional packages. All ages.

While the rest of the country cools down, San Diego heats up for a Labor Day to remember. Featuring the only 2013 West Coast performance by Adolfo & Tania, the Sheraton Hotel on San Diego Bay hosts the weekend-long salsa explosion. Early bird tickets are on sale now.

After transitioning away from baroque pop towards a more synth-pop style and with the departure of their cellist, Ra Ra Riot brings a strong catalog of tunes along with their 2013 release “Beta Love.” The Birch North Park Theatre will provide an amazing acoustical and aesthetic environment for the 700 lucky concert goers in attendance. Performing with Caveman. All ages.

Also working on the momentum of his most recent chart-topper, “Something Else,” TECH N9NE brings his chopper flows to House of Blues next month. With a discography ranging back to 1999, this quick-lipped rap icon is a must see. All ages (under 18 accompanied by adult).

These intercontinental favorites are gusting on the winds of their new release “Bankrupt!” With headline spots at Austin City Limits the Sunday before and after, San Diego is lucky to land Phoenix for a Thursday night strut at UCSD’s RIMAC Arena. All ages.

Despite fighting off a host of personal demons, front man Michael Angelakos leads his power pop act back to San Diego. Sending his high arching vocals into SDSU’s Open Air Theatre, Angelakos and company will practically dare you to stand still. All ages.