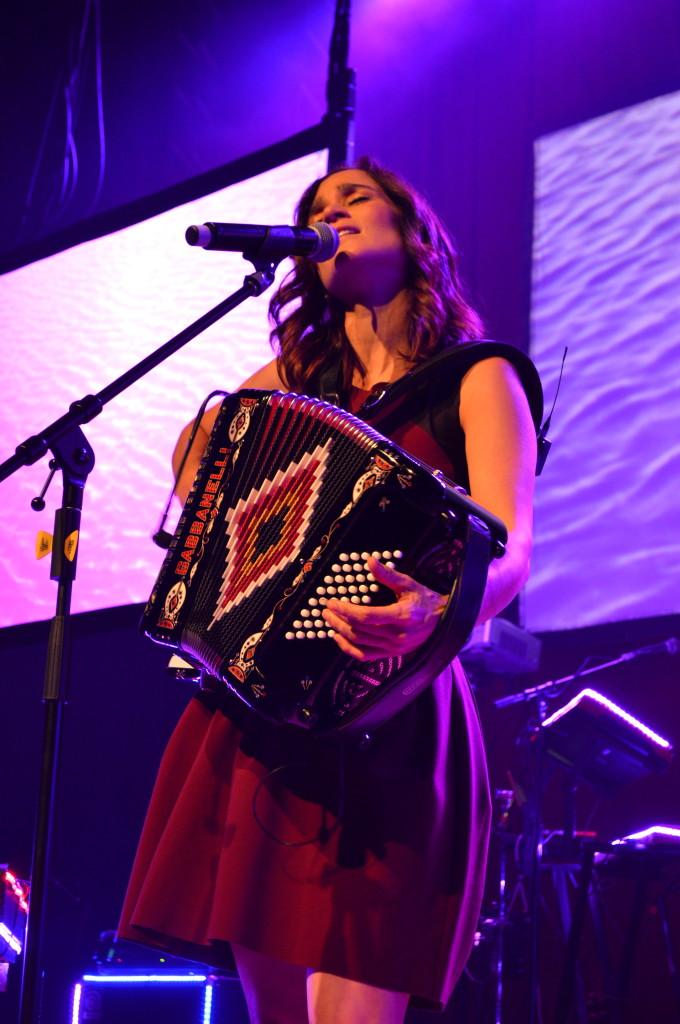 Tijuana native Julieta Venegas kicked off the second date of her “Los Momentos” North American tour here at San Diego’s very own House of Blues as part of their 20th Anniversary on Sept. 19.It marked the start of a small leg of 16 dates around the country to promote her new album entitled “Los Momentos” or “The Moments.”Venegas grew up in the border town of Tijuana and started pursuing music when she first learned to play the piano at 8-years-old. She started up in a local band called Tijuana No! and later moved on to a solo career in music that gained her five Latin Grammys along with countless other awards. Songs like “Limon y Sal” and “Andar Conmigo” have also climbed up the Latin Billboard charts. Her success has gained her international success and the singer-songwriter never seemed to think it would ever come to that.”I’m always so surprised to know that I have fans in other countries besides Mexico, she said. “It’s a blessing really, you know, I didn’t sit down and say ‘I’m going to be an international artist. I’m gonna be famous.'” Her songs have truly surpassed borders and she hasn’t stopped yet. After a world tour and the birth of her daughter, Venegas found the time to record her new record and balance work not only as a producer but also as a mother. In the end she was left with an emotional album full of synth pop melodies. “Everything on this album is personal to me.The album is very personal, they’re all really sad love songs and such,” she said. “They’re also loving. A lot of it came from my experiences” Venegas recorded the album in between two major tours. She explained, “I started writing the album in 2012 and I had a tour going on at the same time so it was kind of in between really.”“Los Momentos” includes collaborations with Chilean-French singer Ana Tijoux and lead-singer of Cafe Tacvba, Ruben Albarran, on the track “Vuelve.” It is a collaboration that Julieta had always hoped to make. “I had always wanted to work with Rueben on this song. It finally happened and I was so happy that we got to work together,” she said.The album is unlike any other she has released. It is more synth infused and has plenty of piano accompaniment. “I played a lot of new and different instruments on my other albums, especially on the last record and MTV Unplugged,” she said. “But for this record I’m moving back into playing a lot of synth, mostly synth and piano.” Her favorite instrument, the accordion, can still be heard on tour. Her live show is not something to be missed. For more information on Julieta Venegas or tour dates please visit www.julietavenegas.net.