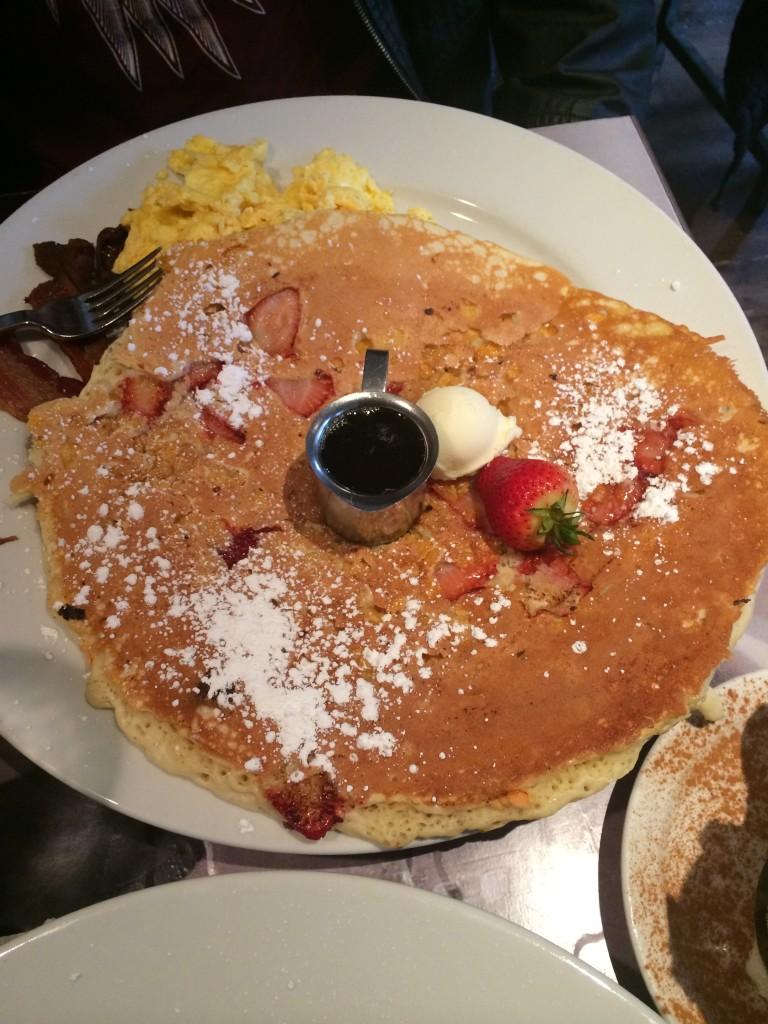 If breakfast will be your most important meal of the day, then Hash House a Go Go in Hillcrest is a great option for you. It’s reputation for delicious, “over-the-top” entrees is well earned.

However, be prepared to be waiting for a table for at least 25 minutes on the weekends, but the food is well worth the wait. This breakfast eatery stands out from the rest of them in sunny San Diego.

The atmosphere of the restaurant is comforting and modern. There’s also a patio outside that is enjoyable when there is a nice day out.

Although there were many different options on the drink menu, the cinnamon roll latte sounded intriguing. Just like the entrees, the drinks are enormous and decorative.

It was presented in a large mug with a tower of whipped cream, garnished with brown sugar and cinnamon sticks. The latte was very sweet and heavenly, like drinking a cinnamon roll with coffee. 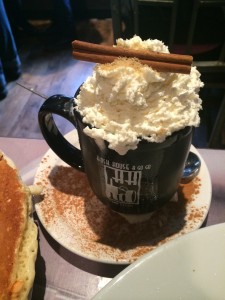 After looking at the extensive food menu, the Tractor Driver Combo sounded perfect, had a little bit of everything.

Two eggs, bacon. sausage or potatoes and the choice of whichever flapjack your heart desires.

It’s not everyday that you see a Strawberry Frosted Flake pancake on the menu, though other options sounded appetizing.

The plate arrived and instantly lived up to the Hash House reputation. It was ginormous and took up a lot of room on the table. The crunch of the frosted flakes and the sweet taste of the strawberries made a good combo.

The pancake could be split between two people, since it’s probably as big as a record and could be overwhelming for a light eater.

Hash House has won several awards throughout the years and has been featured in well-known magazines and television shows. San Diego is the first location of this extraordinary establishment, which now has seven other restaurants around the country.

The prices are reasonable considering the amount of food that is served. They range between $6.95 to $16.95, with many people commonly sharing plates.

This restaurant not only has tasty entrees, but the staff is friendly and helpful. There is not one bad thing to say about this place, it is one of the best breakfast restaurants in San Diego.

Hash House a Go Go is located at 3628 5th Ave. The restaurant is closed on Monday nights.