Bayside takes ‘Cult’ to another level 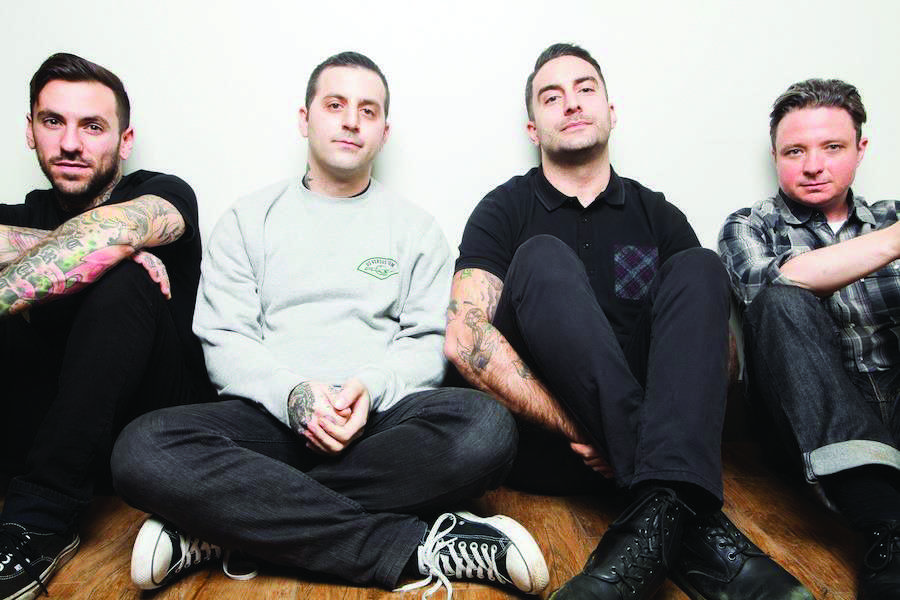 Bayside is a “Cult.”

For years Bayside fans have called themselves that. Now it seems that the band, in San Diego next month, has finally made the name official by titling their sixth studio album “Cult.”

The result is the strongest record that the band has ever released. If you weren’t a fan before, after listening to this album, you will be.

“Cult” has everything that you could ever hope for in a Bayside album: raw, gritty, in-your-face rock music and singer/main lyricist Anthony Raneri’s sharp and catchy lyrical melancholy dealing with betrayal, pain, love and relationships.

“Pigsty” is by far the best and also the most brutal song on the album. The striking blows of Chris Guglielmo’s drum kit act as the perfect prelude to Jack O’Shea’s aggression-filled guitar solo. Lyrically, the song cuts like a knife as Raneri sings: “So when you lose your mind, you’ll find it at the bottom of the mess that’s your life.” Followed up by “My life with you is like tying my own noose.”

“Hate Me” tells of a relationship, this time gone sour and resulting in bitter mutual hatred; “Stuttering” is about Raneri carrying the weight of the world on his shoulders and being “… the voice of the depressed and that’s what they expect”; and “Objectivist on Fire” addresses the issue of morality, a step in a unfamiliar territory for the band.

“Cult” is a testament to just how far the band has come over the years and why it will be known as one of the best bands in punk rock. O’Shea’s skilled guitar solos, clever and bold lyrics and Raneri’s signature vocal style make this a must-listen album.

“Time Has Come,” a catchy number about taking the future into your own hands, also says a lot about Bayside as a band. Most of the bands that rose to popularity around the same time as the New York natives have practically faded into obscurity, but not Bayside.

After 13 years of playing music, they have more than proven that they aren’t just another band that got lucky and released a few albums and played a couple of years on Warped Tour.

“Cult” is available in stores and on iTunes and Bayside will be performing at the House of Blues on March 20.