The best of the “Punk Goes…” series 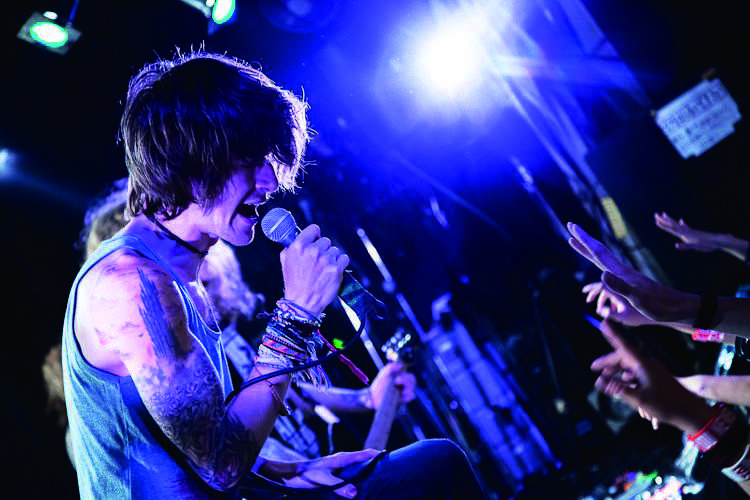 Mayday Parade performing at their Beyond the Blue Tour in Japan in 2012. (Courtesy Photo)

Fearless Records’ highly popular “Punk Goes…” albums have seen many incarnations throughout the years and have featured many popular “punk” rock bands performing cover songs from other genres.

In celebration of the release of the highly anticipated “Punk Goes 90’s 2,” here are some of the best songs out of their extensive catalogue, all of which are available on iTunes.

1. Mayday Parade feat. Vic Fuentes – “Somebody That I Used to Know”:

Love it or hate it there is no doubt that “Somebody That I Used To Know” was one of the most popular songs of 2012.

When the music video wasn’t on TV, the song was bound to be playing on the radio. It was one of those songs that was impossible to escape no matter how hard you tried. It was inevitable that a cover of it was going to be on a “Punk Goes…” compilation.

Mayday Parade and Vic Fuentes’ cover was hands down the best song on this incarnation of the “Punk Goes…” series and even peaked at number 18 on the Billboard U.S. Rock Songs chart.

The 2003 edition of “Punk Goes Acoustic” had various artists from the rock world unplugging their electric guitars, swapping them out for acoustic ones and performing stripped down versions of their most notable songs.

“Memory” isn’t just your stereotypical love song. Instead of being a typical falling-in-love or break up song, “Memory” is about a relationship that never started and the feeling of yearning to be someone’s anything.

What do you get when you mix a horrid and insufferable Justin Bieber song with the metalcore genre? The band Issues’ interesting and surprisingly good cover of Bieber’s 2012 song “Boyfriend.”

The boys in Issues took the pop song and turned it 180 degrees on the musical spectrum, transforming it into a heavy and in-your-face hardcore song.

The combination of Tyler Carter’s smooth soulful vocals and the guttural screams and growls of their other vocalist, Michael Bohn, borders on brilliance.

The vocal arrangements alone make listening to the painfully stupid lyrics worth it. If you’re going to listen to a Justin Bieber song make sure it’s this cover, you won’t be disappointed.

Depeche Mode’s song “Enjoy the Silence” is undoubtedly one of the best songs to come out of the ‘90s. Numerous artists have covered the song over the years and one of the best has to be Anberlin’s cover on the 2006 release “Punk Goes 90’s.”

The beauty of this cover is that the guys in Anberlin didn’t try to change the song into something that it’s not.

The biggest problem with most of the covers on the “Punk Goes…” series is that sometimes they go a little too far, and what was once a good song makes no musical sense whatsoever.

This cover of “Enjoy the Silence” works perfectly because the dark tones of the original song are left intact while giving the song Anberlin’s signature alternative rock sound.