Heatin’ up for the summer 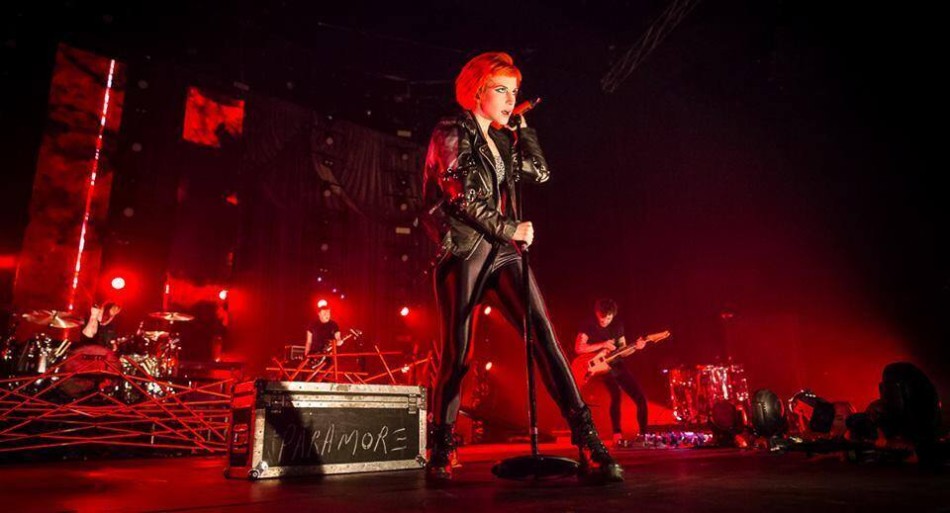 Top act, Paramore, will be featured at this year's 93.3 Summer Kickoff Concert, May 9 at the Sleeptrain Wireless. (Official Facebook image)

Coachella might be over but the 2014 festival season still has much more to offer. Between now and August, San Diego is featuring chances to see a wide array of amazing live musicians. Here is a breakdown of what is coming up through the summer:

This annual favorite promises to hold a fun line up this year, with Fall Out Boy, Tiësto, Chris Brown, Paramore, Ed Sheeran, Austin Mahone, Rixton, R5 and MKTO. Tickets range from $64 to $108.70 on livenation.com. The station is also having a “Superfan” contest where contestants try to prove their undying fandom of one of the acts on the bill to win two tickets, t-shirts and backstage passes to meet that favorite band. More information can be found at: www.channel933.com.

Another event put on by a local radio station, 91x, and X fest has an amazing line up this year. Panic at the Disco and 311 are currently headlining, and organizers haven’t even released all of the bands yet. As in previous years, there are many opportunities to win tickets, but with general admission tickets starting at $19.91, this day is definitely affordable. 91x also runs promotions where they sell tickets at discounted prices right up until the show, so be sure to listen in if you want to score a deal.

Warped Tour is a national favorite for fans of rock, punk, alternative and hardcore music. Celebrating it’s 20 year anniversary this year, the Vans-sponsored event is sure to be an awesome show. A word of warning though, Warped Tour is always packed and in June, outdoor concerts can get hot. Tickets are just around $50 with discounts when you buy in bulk. Check out their official site at www.vanswarpedtour.com to get tickets and for up-to-date confirmation of the lineup.

Summer means it’s fair time all over the country, and the San Diego County Fair is definitely not one to miss. Beyond the live music, the fair has entertainment for all ages. With food, rides and numerous other attractions, don’t miss your chance to have some fun and possibly catch a good show. Admission for the fair itself is $14 for adult tickets with discounted prices for seniors and kids under 12, and anyone 5 and under is free. Show costs will vary though, so be sure to check out www.sdfair.com for line up info and ticket prices.

If big shows with lots of bands aren’t really your scene, fear not, San Diego has a variety of well-known venues that are all hosting some incredible bands this summer. Check out The House of Blues, Casbah, SOMA and Humphry’s by the Bay for some amazing smaller shows.