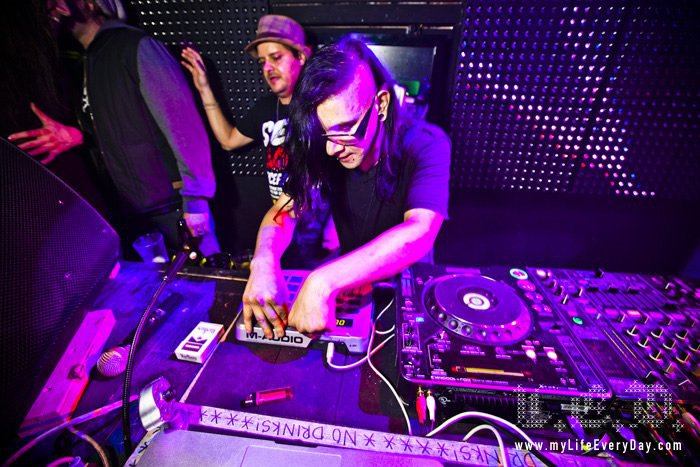 Remixes are everywhere. They have been embedded in music’s DNA since its inception and aren’t going anywhere anytime soon. Unlike cover songs, remixes take the song and turn it into a different musical perspective that maybe the listener hasn’t experienced before.

But it can get pretty boring when there’s just the typical club or hip-hop remix of whatever popular song-of-the-moment constantly playing on the radio. Here’s a list of refreshing remixes that won’t make you want to change the station. All of which are available on iTunes.

1. Panic! at the Disco – “The Only Difference Between Martyrdom and Suicide is Press Coverage” (Tommie Sunshine Brooklyn Fire remix):

“Snakes on a Plane” isn’t one of the best movies of all time. Let’s face it, most people only saw it because of the great Samuel L. Jackson. The soundtrack however, was one of the best semi-remix albums to come out of 2006. One of the best tracks on the album is Chicago native, Tommie Sunshine’s remix of the Panic! at the Disco song “The Only Difference Between Martyrdom and Suicide is Press Coverage.” Sunshine took the popular uptempo alternative dance rock song and turned it into a smooth electronic pop tune. One of the many things that make this remix one of the best is that Sunshine managed to keep P!ATD’s lead singer Brandon Urie’s soulful tenor vocals in tact while taking the music to an almost completely different genre.

Dubstep is a genre that is going to ruffle some feathers. People either love it or hate it and while most of it sounds like a bunch of screws pulsing in a blender over a stereotypical EDM beat, there are a few exceptions. One of these exceptions is Skrillex’s 2011 remix of Benny Benassi and Gary Go’s hit song “Cinema.” The original song was a hit itself, going platinum in three countries and spent 48 weeks on Billboards Bubbling Under Hot 100 Singles chart. What Skrillex managed to do was keep the integrity of the song while giving it a dubstep makeover. The laser sound effects, assaulting drum tracks and killer bass drop make for an interesting and eclectic music experience. Who knew that the emo kid who fronted the hardcore band From First to Last would go on and become a Grammy award winning EDM artist.

Remixes aren’t just for the EDM DJ’s and producers. Remixes of other genres have been around pretty much since the birth of music. Maroon 5’s late 2008 release “Call and Response: The Remix Album” brought artists from varying genres together to remix some of the bands most popular songs. One of the many stand out tracks on the album is a hip-hop remix of Maroon 5’s debut single “Harder to Breathe” by the alternative hip-hop duo The Cool Kids. The atypical arrangement of the instruments in the remix gives a new take to the originally gritty and soulful disposition. The rap in the second half of the remix give a new take to the songs theme of recovering from heartbreak. Even with lead singer Adam Levine’s powerful and evocative blue-eyed soul style vocals almost taking the backseat to the instrumentation the “Harder to Breathe” remix is one of the best takes on this Maroon 5 classic.

MGMT have managed to almost perfect treading the waters between progressive indie pop music and psychedelic rock. “Electric Feel” is one of those songs gets stuck in your head from the moment it starts playing. Almost everything about that song is just straight up awesome. French electronic duo Justice remix of the single is just as awesome. Justice, made up of Xavier de Rosnay and Gaspard Augé, takes the song and turns it into a sweet electronic psychedelic indie pop fusion with cool synth breaks throughout the song. The vocals in the song are also amped up, which matches the newfound energy of the remix. This remix is so good that it won the Grammy for best remixed recording at the 2009 Grammy Awards. It’s not everyday that you get a remix that is as good as the original piece of work.