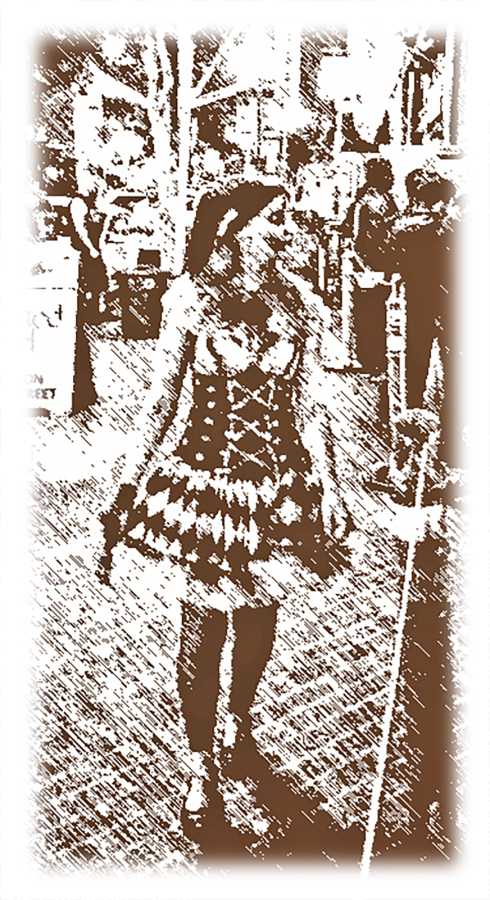 A Haunted Hotel mascot walks along 5th Street in the Gaslamp scaring patrons as they wait in the line to enter the longest-running haunted house in San Diego. Photo credit: Kenan Jackson

San Diego is known for its weather and beaches, but around Halloween its scary attractions are its strongest suit.

The Haunted Hotel located on Fourth and Market St. is an indoor haunted attraction that originated in 1993. This is not for the faint of heart, It was named one of the top 13 haunted houses in America by Haunt World Magazine and was featured in “America Haunts IV” on The Travel Channel. Prices range from $32 to $18.

The Haunted Trail at Balboa Park offers two different outdoor haunts: The Experiment Maze and The Haunted Trail. In the maze be prepared to get lost and don’t be surprised if you find yourself trapped with a zombie or a monster and unable to locate the closest exit.

The Haunted Trail is not your normal walk in the park. According to their website, during the mile long walk you will find yourself at a haunted old plantation and then at Bourbon Street in New Orleans. You’ll meet the murderous residents of “Silent Hill,” squeeze through a crowd of creepy clowns in the Haunted Ghoul bus, and live scenes from “American Horror Story.”

The Del Mar Fairgrounds offers four haunted attractions at The Scream Zone: The House of Horror, The Chamber, The Haunted Hayride and Zombie Paintball Safari.

The House of Horror and The Chamber are indoor walk-through mazes. In both, you will find yourself walking through pitch black hallways.

The Haunted Hayride is an action packed hayride through the backstreets of the fairgrounds. You will find yourself getting up-close and personal with zombies, clowns, demented dolls and monsters.

The Scream Zone also offers the interactive maze Zombie Paintball Safari. Guests are loaded onto a trailer and armed with paintball guns and then immersed in a apocalypse environment where the goal is to shoot the zombies dead and save the world.

The Scream Zone offers a fair like atmosphere with a full bar, a zombie shootout game, an animal freak show, food and more.

If you’re a real haunted house enthusiast, San Diego has a year round haunted attraction: The Mckamey Manor. According to their website, they are the world’s only trult interactive extreme haunt experience.

In order to go to The Mckamey Manor you must fill out an online application, be 21 years of age and sign a waiver. The tour lasts between four and seven hours. If you choose to go, be prepared to be bound, gagged and have fake blood poured all over you.

For more information on The Mckamey Manor visit www.mckameymanor.com.