Horror movies for your Halloween night 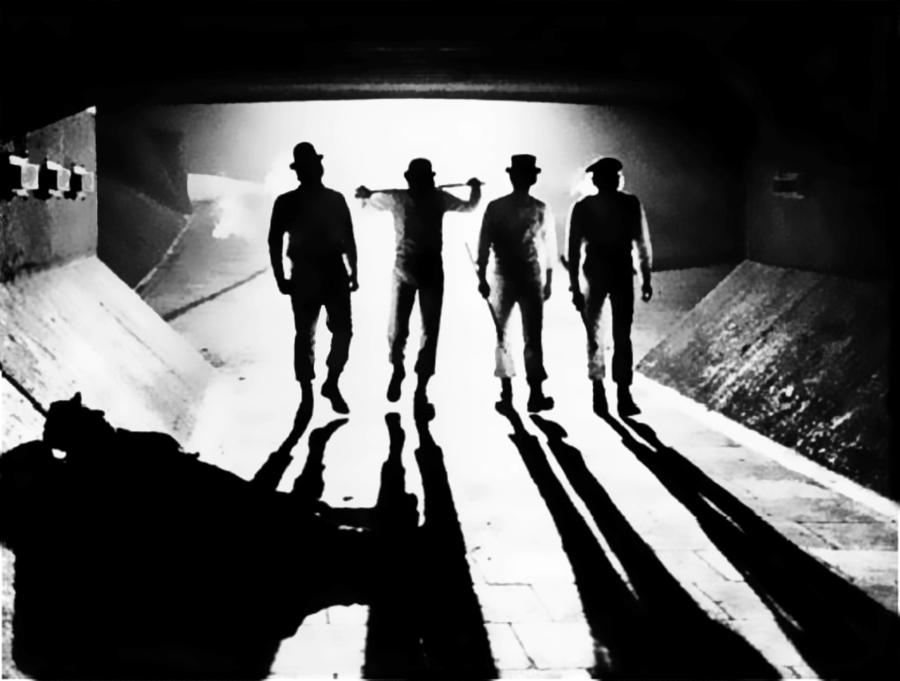 Horror films and thrillers are a Halloween staple. Unfortunately, most films released today are mediocre remakes or completely over-produced features with gore so ridiculous it’s laughable. When times like these arise it’s time to go back to basics with some classic films to show you how horror and thrills are really done. Here’s a list of classic frightening features guaranteed to get your heart racing.

What do you get when you mix a creepy carnival, an almost mute somnambulist, a doctor that serves as his puppet master and a guy trying to piece everything together? One of the greatest horror films that most people haven’t heard of.

Released in 1920 “The Cabinet of Dr. Caligari” is a mix of horror, thrills and visual storytelling that you almost forget it’s a silent film. The set design is filled with paintings of jagged asymmetrical buildings so abstract that it will make Lady Gaga weep with joy. The costumes and make-up are also on point for this feature. The moment when Cesare, played by Conrad Veidt, pops up out of his coffin bed with a pale face and jet-black make-up over his eyes is the stuff that nightmares are made of.

The plot is told in the form of a flashback by the protagonist Francis who tells an acquaintance about an incident involving him, his ‘fiancée’ Jane, his friend Alan, the suspicious Dr. Caligari and the doctor’s somnambulist slave Cesare. After a string of violent deaths, including Alan, Francis begins to uncover more about the so-called doctor and his sleepwalking slave. However, everything is not what it seems and the ending has a twist that you won’t see coming.

A film like “A Clockwork Orange” isn’t a traditional thriller but the film drifts into more of a realistic evil side of people, which can be scarier than any serial killer having, gore filled, so scary it keeps you up at night horror film.

Set in a dystopian Britain “A Clockwork Orange” centers around Alex DeLarge, an ultra-violence loving and Nadsat speaking leader of a small gang, which he calls his “droogs.” During a robbery gone wrong Alex gets abandoned by his droogs and is thrown in prison for murder. While in prison he volunteers as a test subject for the Ludovico technique. The technique makes Alex lose complete control of his freewill making him go from a voluntarily evil person to involuntary good one. After he gets released his past comes back to haunt him as he his beaten by people he had wronged before going to prison. Not being able to bear the weight of the effects of the technique Alex tries to kill himself. Alex doesn’t succeed but his aversion to sex and violence disappears as he exclaims, “I was cured all right.”

“A Clockwork Orange” isn’t for everybody. The film an obscene amount of violent imagery including brutal beat downs, sex, rape, attempted murder and suicide. With traditional horror and thriller films the line between fact and fiction is made perfectly clear. In the case of “A Clockwork Orange” the line between fact and fiction becomes blurred because the main character isn’t a vampire or a zombie, it’s just a guy who likes committing a bit of the “ultra-violence” to get his kicks. Which is far more freighting than some sparkling vampire in a forest.

F.W. Mwenau’s 1922 unauthorized re-telling of Bram Stoker’s “Dracula” is, like the original, set in Transylvania and is basically the same story with some minor changes except for one major deviation from the original work. Instead of Count Orlok making other vampires, he kills his victims, often making it look like the dreaded Black Plague.

Count Orlok isn’t the suave, cape-wearing, aristocratic vampire that most people know of either. He is the exact opposite; dirty and decaying skin, long fingernails, a hunchback and bat-like face. One of the films most iconic scenes is the shadow of Count Orlok slowly creeping up a staircase. The darkness of the Count’s shadow and the sepia toned background look like a nightmare streaming straight from your mind to your TV screen.

Vampires are getting to be one of the most overrated supernatural beings to grace our TV and movie screens. They’re almost always ridiculously stereotyped as super evil creatures of the night or sparkling and floating through a forest with their forbidden love interest. So next time you’re in the mood for a good old fashioned vampire movie ditch the “Twilight” franchise, steer clear of any vampire hunting presidents and watch “Nosferatu” instead. You wont be disappointed.

Ghost stories are something that everyone has grown-up with. From reading Alvin Schwartz’s “Scary Stories” series, watching and reading the “Goosebumps” series and tuning into shows like “Are You Afraid of the Dark?” Masaki Kobayashi’s 1964 thriller “Kwaidan” takes the concept of the ever popular ghost story to another level.

“Kwaidan” is adapted from a collection of stories written or translated by Lafcadio Hearn. The film is broken up into segments, each one more different than the other, telling stories of spirits, karma and vengeance. One of the most memorable segments, “The Woman of The Snow,” is based on the Japanese folk tale of “Yuki-onna.” Donned in a snow white kimono “Yuki-onna,”( translation: Ice Woman) is a drop dead gorgeous woman whose icy stare freezes men in their tracks as she bleeds them dry.

This film isn’t your average Japanese horror film, so don’t go into watching it expecting Sadako from “Ring” to pop-up or anything remotely related to the “Ju-On” franchise, better known as “The Grudge,” a remake of the 2002 film, to western audiences. “Kwaidan” is a class of horror in its own right and is one of those classics that you’ll keep coming back to. The film was critically acclaimed as well, receiving an Academy Award nomination and the Special Jury Prize at the 1965 Cannes Film Festival.