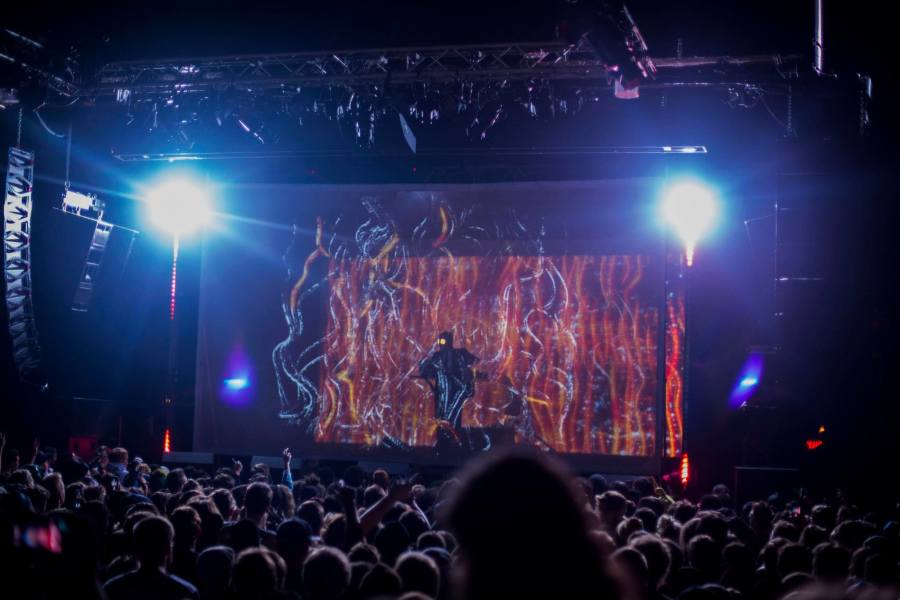 Through each release, Flying Lotus builds and reveals new-found existence. With his most recent release, “You’re Dead!” 30-year-old Steve Ellison’s fifth album raises tribute to his own success and remembering how it became to be. While referencing gratitude for significant figures in his life, he indulges in reflection to mirror how the past mimics the present. When it comes to developing sound the concept measures Ellison’s current experiences.

Themes that have been a part Flying Lotus’ repertoire are highlighted with a bolder more refined palette than the last. “You’re Dead!” is a mind bending play on spiritual awakening, out of body experiences, testing the limitless desire for escape and forces of complacency.

According to Fader Magazine, Ellison draws from past inspiration like J-Dilla, shows love to his great-aunt Alice Coltrane, and the passing of his mother. For him, death is more than personal.

“You’re Dead!” swirls the ear with a soothing arrangement of instrumentals that sends one to experience the light and dark as an imaginative visual orchestra. The message is to showcase death in a way where it can challenge more than just the sound. Together, the instrumentation and the song titles form a detailed collage of ideas about insecurity and trust.

From beginning to end, the piece projects a full body that circulates within tracks that clearly follow after one another. Moving from jazz to electronic, heavy hitting drums and synthesizers, Ellison delicately inputs vocals scarcely and by intention — hollow, but motivational. The drums bump from analog to live samples and he consistently, like on his previous projects, continues to create galactic elements of jazz from different accents on bass, guitar, saxophone, horns — tweaking and filtering the sounds creating a sometimes off-tempo texture.

The single “Never Catch Me,” featuring Kendrick Lamar has been receiving great buzz along with its accompanying music video filmed by Hiro Murai. Flying Lotus videos have always been told with strong story from animation to short film. Lamar’s collaboration yields a beautiful partnership that felt inevitable to happen and sure enough did not disappoint, as he hones in on his interpretation of life and death. The single succeeds to sum up ideas accomplished throughout the album.

Captain Murphy, Flying Lotus’ rapper alias, who went anonymous for a few months when first introduced to the world a few years ago, is featured in two tracks, “Dead Man’s Tetris,” also featuring Snoop Dogg and “The Boy Who Died in Their Sleep.” Snoop Dogg’s charisma is finding himself in an eclectic field of collaboration, so this collaboration was hardly a surprise.

Murphy tests his singing ability in “The Boy Who Died in Their Sleep,” with a vocal range tethering between funk and soul. The song seems to be the most personal, telling a story about a boy who seems lost in reality and believes dreams, or the feeling of dreams, can help with his problems — a direction that can lead to escaping reality by the use of drugs.

Flying Lotus sails the myriad of potential theories of death and creates clarity to confront death as being alive than empty, without the intentions for social change, Ellison challenges people to look within their own identity.