Fans line up to get free comics 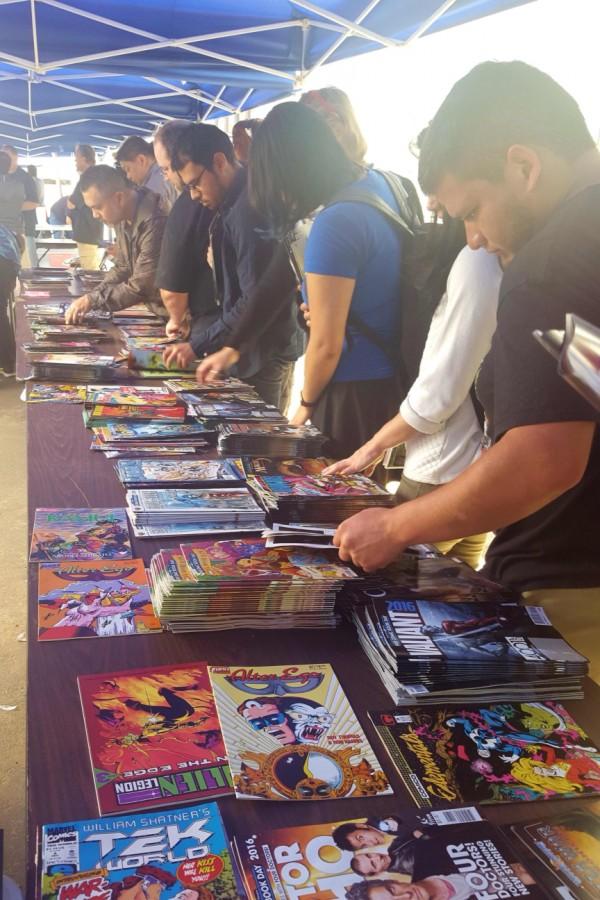 Rain did not stop fans from turning out for Free Comic Book Day at Southern California Comics in Kearney Mesa on May 7. Photo by Antonio Marquez

The rain couldn’t stop comic book lovers from enjoying Free Comic Book Day held on the first Saturday in May.

On May 7, comic book fans once again donned full costumes to enjoy free comics and a day of fun with the whole family.

There are eight comic book stores in the city of San Diego that participated, like Villainous Lair Comics and Gaming and Southern California Comics.

Sean Richter took his son to the festivities outside of Comickaze Comic Books in Kearney Mesa. He said the comic books can be a great influence on kids.

“At the root of it all its good versus evil and I think it’s a good lesson for kids in general how to act and how to not act.”

Richter has being going to comic book conventions for eight years but it wasn’t until four years ago that he and his son started to dress up as their favorite Marvel superheroes.

“We Cosplay together a lot. We go to a lot of conventions and events like these.”

At Southern California Comics, in Kearney Mesa,fans checked out the free comics under tents that kept the rain.

More than 2,000 comic book stores worldwide came together Saturday, giving away approximately 6 million comics to fans, according the website devoted to that special day.