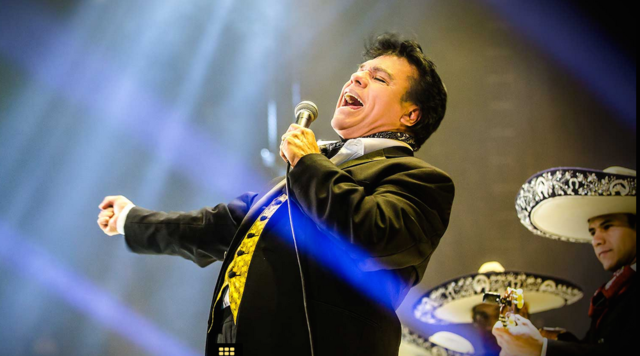 Juan Gabriel was one of Latin America's musical icons.

“Since I was a little girl, my parents, my mom, dad and grandparents would listen to Juan Gabriel. His music was for parties, for sadness, for everything.“ said Jordan, who is studying Sociology.

She and millions of others around the world are mourning the sudden death of the singer-songwriter on Aug. 28 in Santa Monica. The 66-year-old died of an apparent heart attack just nine days after his performance at Valley View Casino Center in San Diego County.

“I think he made big impact in the Mexican culture and in my opinion beyond that,” said Jordan. “He was a universal artist.”

Juan Gabriel, whose legal name was Alberto Aguilera Valadez, was one of Mexico’s most prolific singer-songwriters and a top-selling artist.

Nicknamed “El Divo de Juárez” because of his flamboyant style, Gabriel had an illustrious 45-year career, selling more than 100 million records, including such hits as “Querida,” “Amor Eterno” and “Se Me Olvidó Otra Vez,” among many others.

Gabriel’s soulful ballads and rancheras have been a staple of Mexican culture through generations. His influence can be heard through the myriad of covers from artists like Maná, Jaguares, Marc Anthony, Rocio Durcál and more.

Jenny Nova, who is studying nursing at City, said Juan Gabriel will not be forgotten.

“Even though he’s gone,” she said, “we’re still going to be listening to his music.”