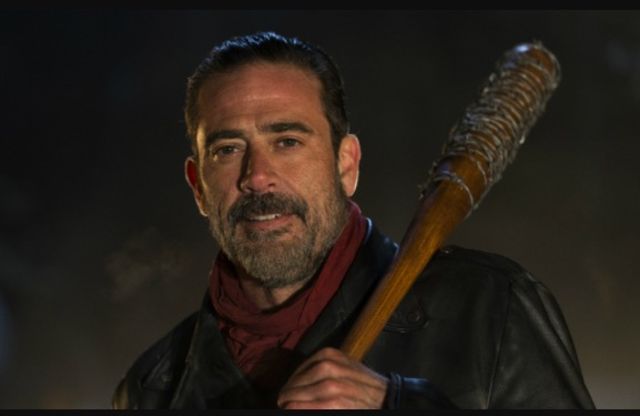 “Welcome to a new beginning, you sorry s—-,”were the words uttered by “The Walking Dead’s” latest arch villain, Negan, after he lay his bat’s judgement down on two fan favorites’ skulls.

“Walking Dead” creator Robert Kirkman lived up to his promises of a bloody mess that would leave the shows fan base in shambles.

For over six months, fans were anticipating “The Day Will Come When You Won’t Be” to find out which of their favorite characters would meet their doom.

The creative geniuses behind the most watched cable TV show, according to Nielsen, wasted no time in letting us know who the unlucky victim would be. No punches were pulled as the entire ordeal was played out through Rick Grimes’ point of view.

Viewers got to see poor Abraham’s head smashed up close and personal. The ginger warrior, played by Michael Cudlitz, utters one last customary one-liner before he is truly finished off with a perfect, “Suck my nuts.”

“The Walking Dead” has one quality that has kept it on the top of the ratings for over six years; unpredictability. The producers showcased that skill perfectly when not even five minutes after Abraham’s death, longtime fan favorite character, Glenn Rhee, played by Steven Yeun, was the next to be dispatched by Lucille, the barbwire-covered bat used by Negan to punish his enemies.

While the death of Glenn was one of the most horrific deaths witnessed on television, I have to give props to the makeup team that so realistically showed Glenn’s eye hanging from its socket. It was shocking to say the least.

In one more stressful scene, Rick is pitted with an ultimatum that no parent could ever imagine. Negan gives him a three-second countdown in which Rick has to decide whether to cut his son Carl’s arm off or to have to watch the rest of the members of his group be bludgeoned to death. Consequentially, the transformation of Rick is complete. He is now property of Negan.

Negan is a baaaaaaaaad man. He was branded a game-changer by the show’s creators, the understatement of the year. This show has just been revitalized by this animated and charismatic addition to the already super-talented cast. A wide variety of plot twists await fans at every turn and I can’t wait for all the surprises.