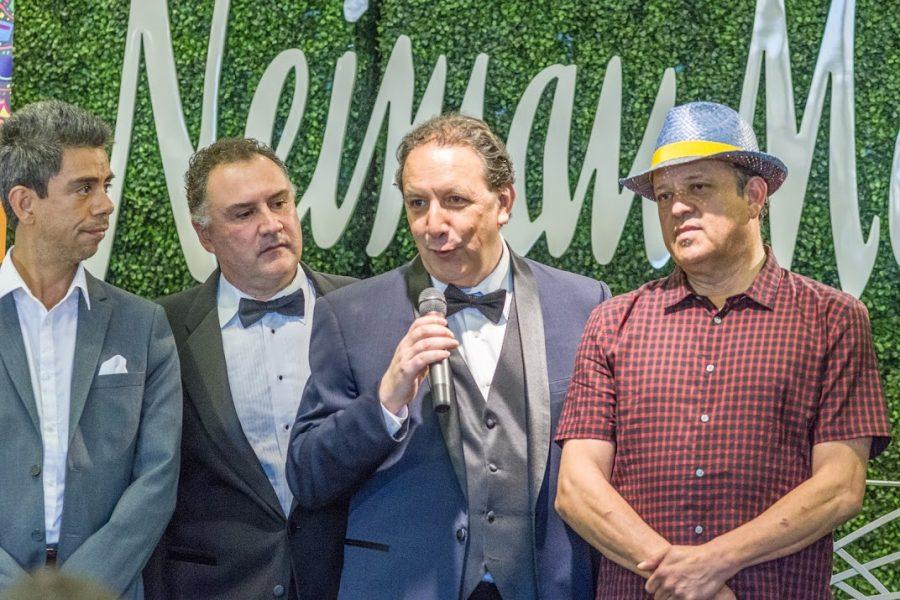 cast and crew of Ruta Madré answers the crowds questions about their new film.

Mariachi music, food and wine from la Valle de Guadalupe, and the laughs of movie stars and directors set the tone for opening night of the 24th San Diego Latino Film Festival.

Luis Cruz and Paola Hernández-Jiao, the masters of ceremonies for the night, interviewed the cast and production crew from multiple films. They also invited the chefs and winemakers who catered the press conference and the Sabor Latino Food and Wine Festival on Saturday, March 18 to address the audience.

One of the movies discussed that night featured newcomers and seasoned veterans in a binational film. “Ruta Madre,” directed by Agustin Castaneda, follows a brokenhearted young Mexican-American singer who leaves his home in San Diego and takes a roadtrip down Baja California with his uncle.

Paul Rodriguez, famous Mexican-American stand up comedian and actor, and Hector Jiménez, known for his role as Eskeleto in “Nacho Libre,” provided comedic gold in the film.

“We all became Bi!” Rodriguez joked when the director explained that the filming of “Ruta Madre” required a cast and crew of people from both sides of the border.

The film is a part of the “Frontera Filmmakers” showcase at the festival, which spotlights movies made by filmmakers that reside in the San Diego-Tijuana region. The movie is in both English and Spanish, and the soundtrack includes 10 original songs.

And how does Hector Jiménez think border dwellers here in San Diego will receive the film? “I think they’re going to love it,” he said. “It’s an epic road trip through Baja, it’s so beautiful and very touching.”

Another film they discussed was “Vico C: La vida del Filósofo,” which depicts the life of the popular Puerto Rican recording artist. Vico C was joined by his son, Luis Armando Lozada Jr., and the director of the movie, Eduardo Ortiz.

Luis Armando Lozada Jr. had the challenge and the privilege of portraying his father in his acting debut. He referenced the movie “Straight Outta Compton,” wherein O’Shea Jackson Jr. had the daunting task of playing his father, rapper and actor Ice Cube.

“I feel the pressure of having to be my dad,” he said. “I still had to learn a few things, like practice my accent and his mannerisms on stage.”

Lozada said although his father is from an older generation, younger audiences still connect with his music and message. “He’s constantly reinventing himself,” Lozada said.

But the pioneer of Spanish rap didn’t attain stardom without his struggles. Lozada explained that drugs, ignorance, and protecting music rights are issues that still affect artists today, which is why people connect with his father’s story.

The festival will run until March 26 at the AMC Fashion Valley and the Digital Gym Cinema in North Park.