A modern version of Shakespeare speaks to southern California culture 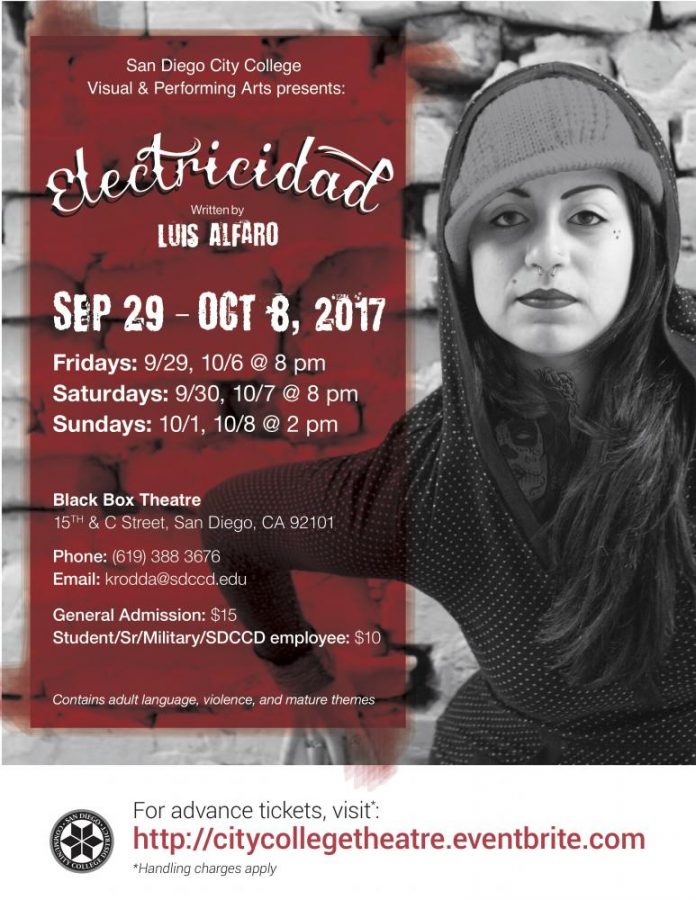 City College’s Drama Arts Department opened its first production of the fall semester, “Electricidad,” on Sept. 29 in the Black Box Theater. Originally written by Luis Alfaro, the play is directed by Drama Professor and Co-Chair of the Visual and Performing Arts Department, Dr. Katie Rodda.

“Electricidad” is a contemporary retelling of the Greek myth of Electra. Set in East Los Angeles, the play follows the murder of “el Rey del Barrio,” Agamemnon. His daughter, Electricidad, mourns his death and plans her revenge on her father’s killer, her own mother, Clemencia.

“I wanted to do something that had strong female roles because I knew that we were going against the Shakespeare play that has a lot of male roles,” said Rodda. “I also wanted to look for something that spoke to Latino students as well.”

The production involves cholo culture with a bilingual cast speaking, as Rodda said, 10 percent Spanish and 90 percent English. Latino Playwright, Luis Alfaro, was inspired to write the play after doing a workshop at a juvenile detention center.

The show opened on Friday, Sept. 29 and will run until Sunday, Oct. 8 with tickets starting at $15 for general admission and $10 for students/military. Showtimes are 8 p.m. on Fridays and Saturdays, and 2 p.m. on Sundays.

“Electricidad” contains adult language, violence and mature themes and is recommended for audiences over the age of 14.