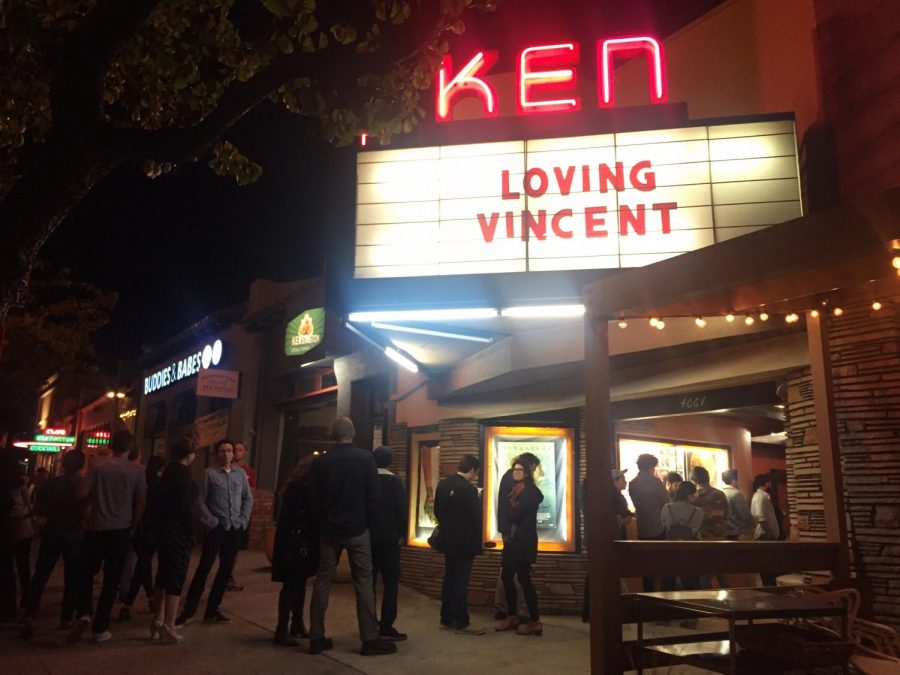 San Diego’s Ken Cinema hosted the first fully oil-painted film “Loving Vincent” on Friday, Oct. 13. The cinema brought in large audiences who stood in line all the way to the corner of the street to see artist, Vincent Van Gogh, art come to life through animation. After the movie, the theater hosted a Q&A session for the audience with San Diego film artists, Charlene Mosley and Tiffanie Mang.

The film begins a year after Van Gogh’s death with character Armand Roulin delivering the artist’s final letter to his brother, Theo, showing what Van Gogh went through during his last troubled days before he died. Made in Gdańsk, Poland, the film took more than six years to complete with the help of artists from around the world, creating a total of 68,000 painted frames made with Royal Talens Van Gogh brand oil paints.

Mosley and Mang applied as artists for the film last year after seeing an advertisement through social media. Both of them stayed in Poland for six months working on different parts of the film. Mosley worked on a character named Doctor Gachet, creating a total of 350 paintings of that character. Each artist worked on 12 paintings per second per frame.

While painting a mural outside of Artist & Supply Craftsman in Hillcrest to promote the film, Mosley explained her experience working on the project, “Just painting the film was the greatest experience because I never did any animation before. I didn’t know how to make a painting move and then afterwards, oh shoot! After 20-30 paintings, you see something move.”

Mosley is a San Diego based artist who studied Fine Art at SDSU. She has participated in various art exhibitions and completed murals around San Diego.

The film premiered on Sept. 22, 2017 and is being shown at local theaters at Landmark Hillcrest, ArcLight La Jolla and Edwards San Marcos.