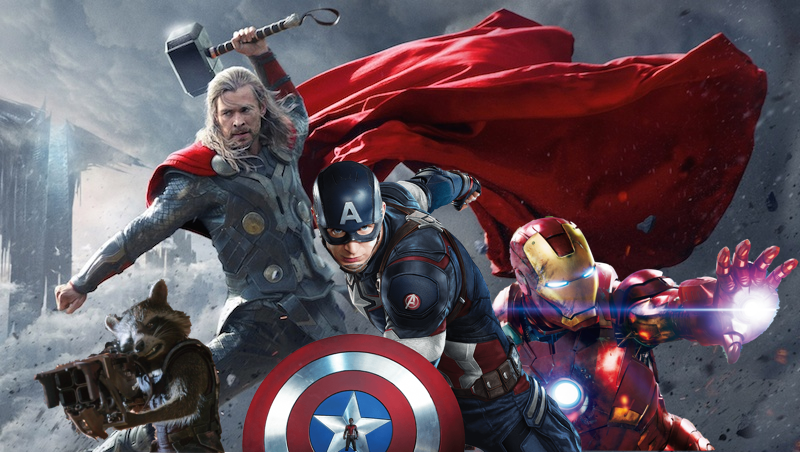 Through the work of one fan with a dream, that fan being producer and president of Marvel Studios Kevin Feige, the Marvel cinematic universe has been a 10-year construct that has introduced audiences around the world to Iron men, nordic gods, super spoilers, green monsters, crafty spies, mysticism and most recently an entire African country that is the most technologically advanced in this world.

I have watched every film in the decade spanning 17 film extravaganzas. Personally investing roughly $165 into this now $11 billion mega franchise and excitedly awaiting my investments in both money and time to pay off with the MCU’s 18th film, Marvel’s Avengers: Infinity War, which opens on April 27.

Before that film shatters all box office records and cements what is now this amazing feat in movie making and providing millions of fans with a long awaited pay off, I wanted to go back and look at what I believe are the Top 5 Best entries in the Marvel Cinematic Universe.

Coming off of what I believe to be this franchises’ weakest film, with “Thor: The Dark World,” I was excited nevertheless when hearing that comedic director genius Taika Waititi (“What We Do in The Shadows,” “Hunt for the Wilderpeople”) was going to take the reigns of this, seemingly at the time, stale series. Personally Thor has never been a character that appealed to me. That is until I saw “Thor: Ragnarok,” which is a color coated explosion and a sensory overload. Waititi harkens back to classic 80s cult films like “Battle Beyond the Stars,” “Flash Gordon” and “Big Trouble in Little China” and uses those films as influences to create what is definitely the MCU’s funniest and most outrageous film. “Ragnarok” has a truly inspired production design and musical score and fully realizing character work of Hulk and Thor. Waititi even manages to make Loki, a character I find grossly overrated, into a somewhat identifiable player in this extravagant adventure. Not to mention he gives this universe it’s first truly badass black heroine with Tessa Thompson’s Valkyrie.

Much like Waititi with “Thor: Ragnarok,” James Gunn also exercises no restraint in his marvelously zany and unsuspectingly human sequel to his critically acclaimed predecessor. While this film garnered mixed reactions from both fans and critics, I personally view it as a much better attempt than what was made in the first film. Here Gunn strikes the perfect balance between goofy humor and empathy as he tells us a story worth telling in the form of what it means to be a family. Replacing the lazy zingers from the first film and instead giving us humor based on character that pacts emotional heft, “Guardians Vol. 2” doubles down on this series’ outlandish quirks but also manages not to forget to have something of value to say along with it. Building on the relationships between the core group: Star Lord, Gamora, Groot, Rocket Raccoon and Drax, Gunn gives each of them their own personal demon to tackle and adds a second punch with a subtext that underlines what each character is going through.

In continuing the superior sequel entries, this film is a vast improvement over the dull and scatterbrained first rally cry of Earth’s Mightiest Heroes. With this film, director/writer Joss Whedon was able to do what I always wanted in the first time around: take what it’s like reading a comic book to the silver screen. From the opening splash to the reveal of Ultron’s masterplan being to crash a city like meteor into the earth, Age of Ultron is about as comic booky as it gets for this genre. Not only does the film embrace its funny book roots, but good golly, actual character development between the team, coupled with a villian who is truly menacing, a scheme that evokes legitimate stakes and tension among the group.

I couldn’t pass up the movie that started it all, and in fact for a long time Jon Favreau’s fantastic action thriller was what I considered the best of the best when it came to Marvel films. Tightly scripted and meticulously directed, “Iron Man” stands head and shoulders above most Marvel films, heck, most comic book films. “Iron Man” is packed with a star rejuvenating, a-list performance from Robert Downey Jr. as the charismatic, devil-maycare industrialist Tony Stark. In addition to a stellar opening act, the movie moves at a brisk and smooth paced, with great bits of dialogue and humorous interactions to boot. Beautifully choreographed action set pieces and tense sequences, Iron Man remains not only one of Marvel’s best, but the best of this genre.

No other Marvel movie has gone to narrative depths that Ryan Coogler’s stupendous and genre defying spectacle has. With multidimensional characters all around, beautiful imagery, and a celebratory message of a highly misrepresented culture, Coogler has crafted himself a modern masterpiece and exercise in glorious realization. From it’s game changing use of afrofuturism, to its ingenious commentary and subtext, everything about this film works. Not just on an intellectual level, the action is raorus and energetic. Michael B. Jordan’s turn as Erik “Killmonger” Stevens cements him as not only a great dramatic actor, but the best working in his generation, taking what is already a complex villain and adding even more depth. Coogler also gives a luminescent spotlight on the women in the film. He imbues them with empowerment and grace, and makes strong black heroines a staple in the Marvel Cinematic Universe, and that’s why this is the best Marvel film.