The movie featuring Nicolas Cage is currently showing at the ArcLight theater in La Jolla. 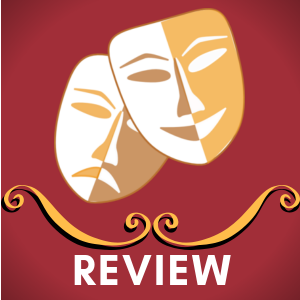 Armed with a crossbow, Red Miller (Nicolas Cage) forges a battle axe and sets out to end the lives of the deranged cult and the somewhat mythical creatures assisting them in Panos Cosmatos’ sophomore film, “Mandy.”

“The darker the horror, the brighter the flame,” said a member of the psychotic religious cult that brutally invades Miller’s idyllic lakeside cabin that he shares with Mandy Bloom (Andrea Riseborough).

These words, as dark in context as they may be, speak as the perfect description of the film itself. “Mandy” has the grit and violence of a 1970s grindhouse horror, yet it blazes across the screen with the richness and flamboyancy of a fairytale.

As Miller’s life is destroyed before him, he descends into a rampage of revenge that sheds light on the nature of anger and vengeance.

“Mandy” avoids an abundance of sentimentality to bring us a satisfying cutthroat revenge story where gratuitous violence is arguably celebrated, harkening back to the days of retro horror films. An unavoidably comical battle between two men with chainsaws substitutes where many action filmmakers would insert trite scenes of inconsequential gunfire.

The plot itself is simple and nothing groundbreaking. However, as a plethora of recent films and television shows has heavily leaned on 1980s nostalgia, “Mandy” manages to do so without being heavy-handed.

References to the era are limited to heavy-metal t-shirts, a grungy synth soundtrack, and a few retro title cards that carry us from one act to the next.

Cage delivers a performance that calls for well-deserved respect for his ability to play a deranged madman. As the whites of his maniacal eyes shine with fiery intensity through his gore-plastered face, it’s clear that the role was built for him.

At certain times, such as a vodka-fueled screaming frenzy through his house, it almost feels as if the filmmakers themselves were afraid to approach him. We are left to witness his frightening lunacy from a comforting distance.

The development of his character, however, leaves audiences wanting a little more. Although movie-goers can fully empathize with his motivation for revenge, his lack of growth risks leaving viewers feeling somehow devoid of true emotional retribution as the credits roll. But this, it could be said, speaks to the nature of the film and its exploration of violence.

As “Mandy” earns its place as a classic straightforward story of revenge, lurking beneath the surface there are much more thematic elements to be explored, from the epic cosmic occult to the dangers and consequences of religious delusions.

The film’s musical score, the last composition by Jóhann Jóhannsson before his tragic suicide, serves as a bitter reminder that the industry has lost a beacon of true musical talent.

It carries us through a world of dissonant synthesizers and strings reminiscent of the campy supernatural horror films of the past while above us clashes a hurricane of doom metal riffs that rages on angrier with each act. Through the noisy chaos emerges a somewhat atmospheric beauty, nightmarish in concept but dreamlike in execution.

The hypnotic visuals have to be seen to be believed. Blurring the lines between reality and fantasy, Cosmatos’ collaboration with cinematographer Benjamin Loeb and the special effects crew has resulted in a kaleidoscopic world of brilliant light and color that’s as hallucinogenic as it is captivating.

Though not for the faint of heart, “Mandy” is sure to earn a cult classic status among fans of the genre. Cosmatos has masterfully crafted a film ambitious in scope and storytelling while miraculously avoiding any air of self-indulgence. It’s mesmerizing visuals consistently hold one’s trancelike attention through the entirety of the over-the-top and, at times, darkly hilarious adventure.