REVIEW: “A Beautiful Day in the Neighborhood” 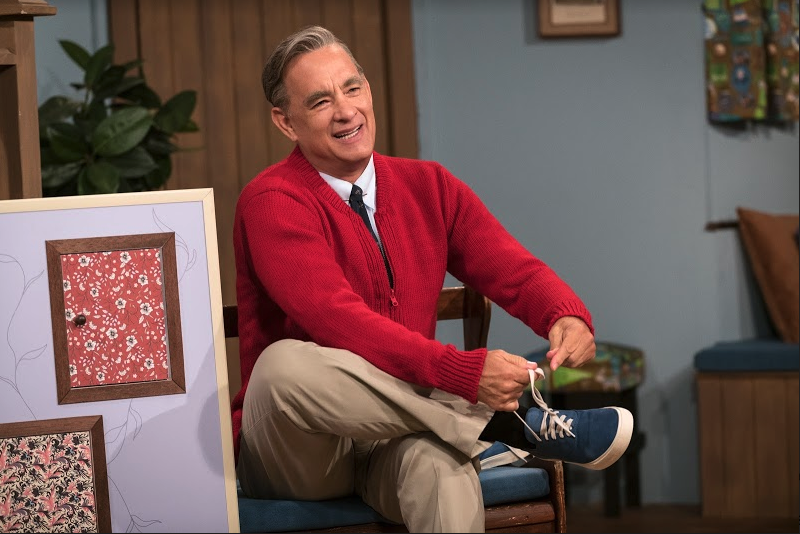 Tom Hanks is Mr. Rogers in "It's a Wonderful Day in the Neighborhood."

Directed by Marielle Heller and starring none other than Tom Hanks, “A Beautiful Day in the Neighborhood” is a refreshing sentimental film just right for this holiday season.

This film follows Lloyd Vogel, played by Matthew Rhys, a journalist who is tasked with profiling the childhood icon Fred Rogers, aka, Mr. Rogers. Vogel happens to be the only person who isn’t the biggest fan, or a fan at all, of Rogers.

Vogel’s cynical and guarded personality is constantly challenged by Rogers’ charismatic demeanor and honest personality. Throughout the film, Vogel and Rogers develop a bond that is unexpected, however, heartwarming.

Based on a true story, this film dissects the mind of the late Rogers, how he has been able to spread positivity and joy and, not only that, but how his actions come from a genuine place of care and love.

“A Beautiful Day in the Neighborhood” is a beautifully shot film with an outstanding performance by Hanks. The way he was able to embody the character of the late Rogers was beyond outstanding. Truly some of his best work.

This film took a childhood classic for many and executed a beautifully pieced together story about the type of influence a man like Mr. Rogers had on many. The deep emotional content is something that will not only resonate with many but will reflect the need for some sort of emotional feel-good escape from the day to day difficulties.

Rated PG, “A Beautiful Day in the Neighborhood” is the perfect movie to watch this holiday season with the family.