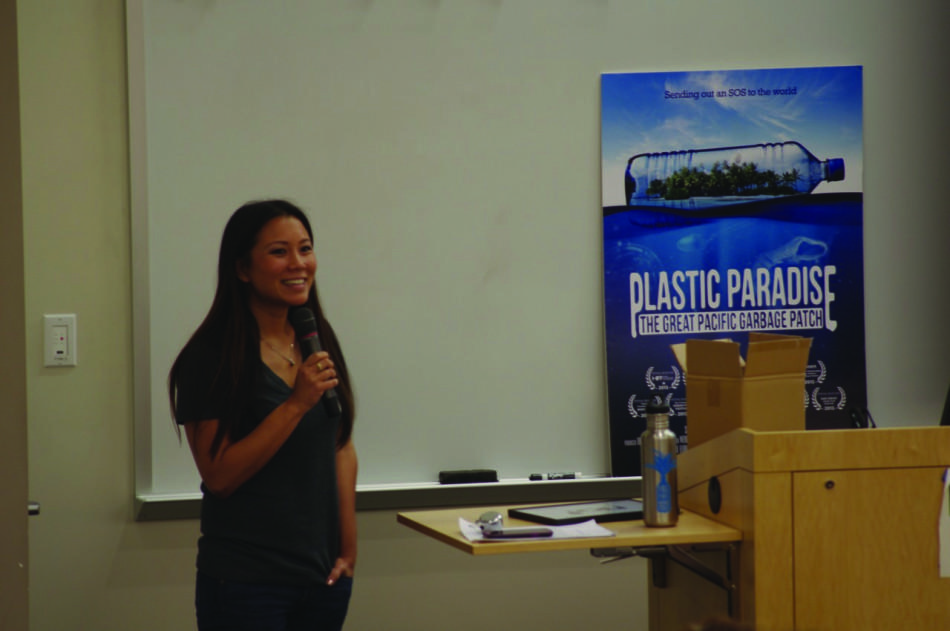 The release is raising awareness about the harsh truth of plastic and has received recognition from Al Gore, Jack Johnson, Forester Whitaker and others.

On April 22, director Angela Sun offered City College her insight at a screening of her film – in honor of Earth Day.

The December 2013 documentary outlines Sun’s journey towards understanding the causes of a giant trash vortex she first learned of in 2005.

This Great Pacific Garbage Patch is a highly concentrated area of plastic and debris caught in the North Pacific gyre, picking up waste from the surrounding continents.

“What we throw away, doesn’t really get thrown away,” Sun narrates in her film.

Sun’s journey led her to Midway Atoll, a remote island chain in the dead center of the Pacific Ocean vortex. The atoll is only 2.4 square miles – yet home to 1.5 million albatrosses.

Sun found that nearly all the albatrosses are mistaking the plastic and debris for food, ultimately dying from the entanglement in their digestive systems.

Sun raises the question; can this be the future for us too? Will we unknowingly start consuming harmful waste into our bodies only to decrease our chances of survival? Have we already?

The film takes the viewers out into the Pacific and exposes the littering of the ocean floor, killing of marine mammals and the destroying of coral reefs – the second most diverse ecosystem in the world. 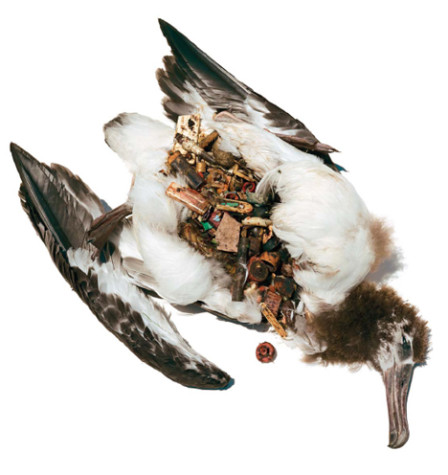 Sun’s exploration led her to a remote island where the insides of albatrosses were filled with garbage from the sea. (Courtesy graphic)

Also, the film explains that 60 percent of our oxygen comes from the sea and over two billion pounds of plastic are getting dumped into our oceans every year.

If our oceans fail due to our lack of care, we will be failing to provide 1/3 of the worlds food, tampering with Earth’s weather, climate, and other concerns which directly effect humans.

Sun found additional dangers of single-use plastic bags and bottles. The Bisphenol A in these products can cause severe endocrine damage. The chemical is even in receipt papers and can be rubbed into us just by grabbing a receipt.

“Without your permission, we are being poisoned,” Sun said. “Are you okay with it?”

The documentary explains that our options will only decrease if actions aren’t taken. Sun challenged the students at City to take a two-week pledge.

She promises to personally find and reward students for completing the challenge but hopes the real reward will be the changes we make in our daily life – knowing we are helping to create a safer future.