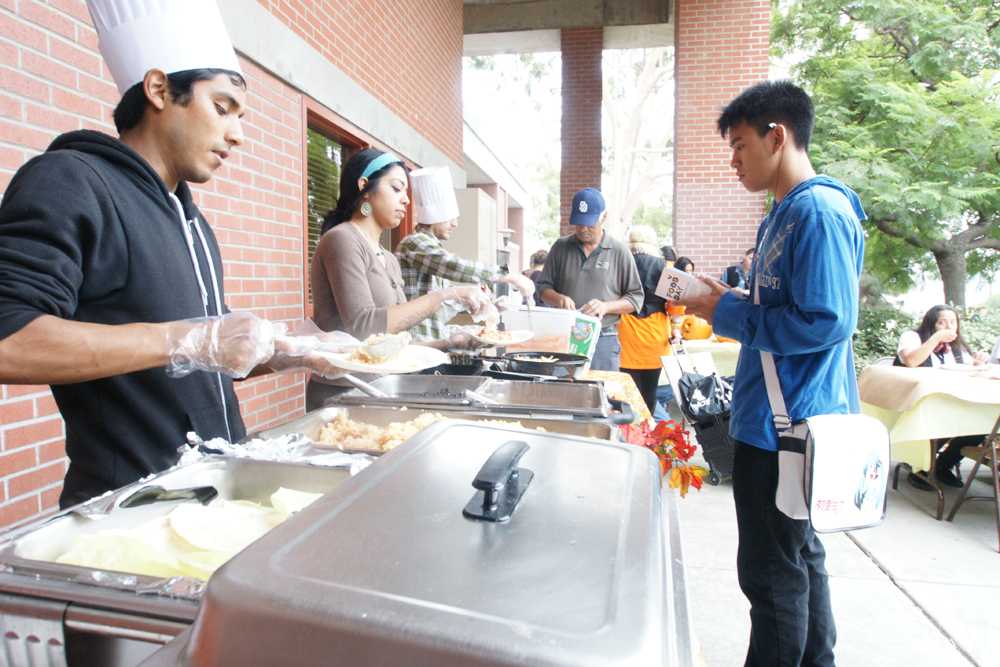 Seeds at City celebrated their hard work and welcomed in the new season with a fall festival that was held on Oct. 20 from 11 a.m. to 2 p.m.

“The farm started 3 years ago and we’ve been having this festival every year since,” said the festival’s organizer and City College dance professor Terry Wilson.

The festival included a screening of the food documentary “Nourish,” live music, pumpkin carving, stenciled t-shirts for sale, a raffle and free food, notably tacos and chips and salsa, which were all made with vegetables from the Seeds urban garden.

“This is a fantastic festival!” said Galina Banova, a student who took part in festivities by performing street dancing.

Art remained a strong note throughout the day’s festivities. Approximately 50 children from the campus’s Child Development Center were on hand for arts and crafts and some faculty members took part by performing live music.

“This celebration is to promote the farm,” said Alexis Tando, a student of Wilson who was volunteering at the festival and serving food.  “She funded the whole thing. She’s really dedicated to the farm.”

“It celebrates fall and the garden and promotes healthy living,” Connie Nunez, a City student, said.

The festival continued its effort to promote an ongoing call for healthy eating by handing out Food Day pamphlets.

Food Day, which occurs Oct. 24.,is a nationwide campaign calling for “delicious, healthy, and affordable food produced in a humane way” in place of factory farmed food, and salty, sugary diets that can lead to obesity, heart disease and other health risks.

Aside from promoting Food Day and taking part in their own movement to get City students to eat healthier, Seeds even promotes alternative eating by posting healthy recipes on their blog,  http://seedsatcityurbanfarm.blogspot.com.

Aundrea Dominguez, an apprentice at the urban farm, said Seeds helps promote an important lesson. “It’s a lesson on how to utilize space and provide fresh, natural fruits and produce.”

The urban farm produces a variety of organic produce including lima beans, red kale, squash, lettuce, snap peas, carrots, onions and a host of produce which is available for sale to teachers and students.

City College is the first community college in San Diego to offer a hands-on sustainable organic agriculture apprenticeship program. Students who take part are involved in working with professional farmers and learning how to grow and sell organic herbs, flowers, vegetables and fruit.

The urban farm was first introduced in June 2008 through a partnership between City College and a network of farmers, chefs, gardeners, teachers and students encouraging the growth and consumption of regional food called the San Diego Roots Sustainable Food Project.