School’s in for the summer 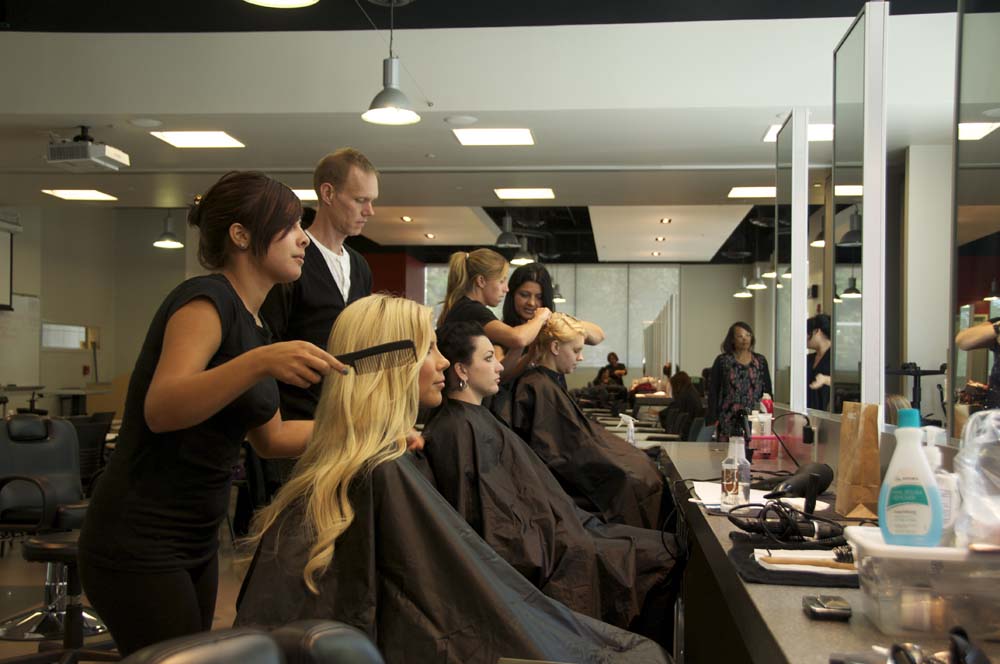 Students of the cosmetology department practice different techniuqes they need to use to create different hairstyles and looks.

While most departments on campus offered few or no classes for the second summer in a row, City’s Cosmetology Department kept its full schedule through the eight week session.

Cosmetology operates as a trade program, like nursing or the Radio and Television Communications Department. Students go through a year long program to prepare for a state mandated licensing exam.

According to the department’s chair, Sudie Phillips, if students were not able to attend during the summer it would make it difficult, if not impossible, to schedule a day for students to take the exam.

Every student is scheduled for the exam within two weeks after their graduation date.

An eight week gap of practice and study time in their schedule would make many students commitment to a year long program a waste of time if they were not graduating immediately before the exam.

To guarantee the students a year round program, Philips had to cut the entire esthetician program, which requires a different exam than cosmetology, from the department’s roster and lay off all eight of the departments adjunct professors.

While sacrificing one program to save another was a difficult decision, Phillips said it allowed cosmetology to keep summer session

“We made a compromise with the dean,” Phillips said in reference to getting approval to operate year round from the district.

Other departments at City have limited course offerings in the summer, only offering one or two essential classes at the most.

An admissions representative on campus told “City Times” that the district will not provide a comprehensive list of classes that have operated in summer because they want to discourage students from inquiring about summer session at district or campus offices.