A decent dinner in a unique setting 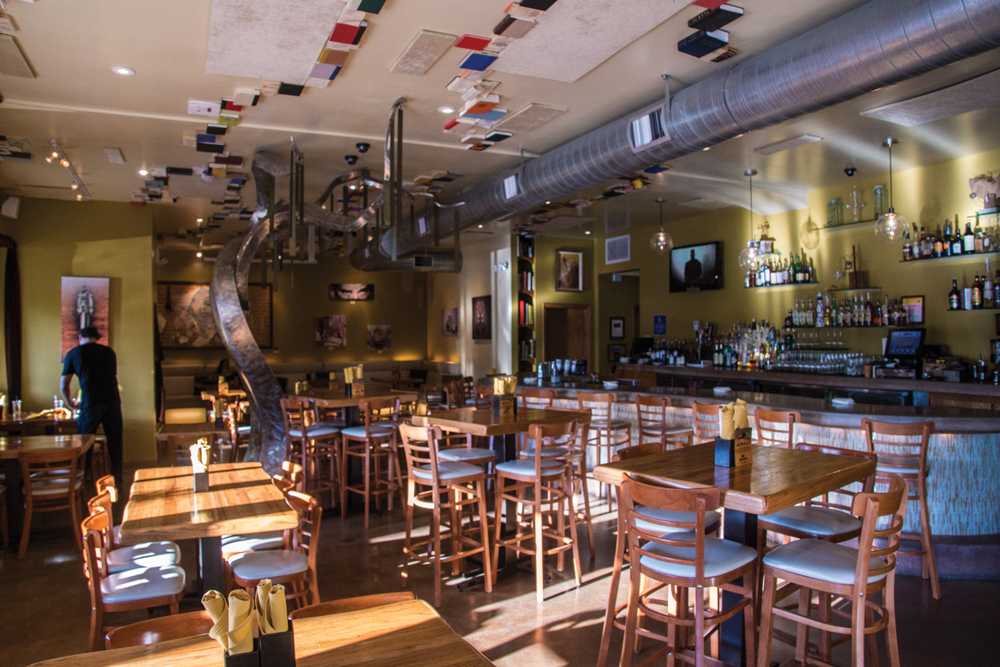 Alchemy in South Park is a great restaurant to wine and dine yourself, impress a date and not go broke in the process.

For $30 I ate three small courses of oysters, tacos, stuffed peppers and I enjoyed a glass of a rich French red wine.

Before mentioning the food, Alchemy has a lot of nice things going for it. The atmosphere is nice, modern, but also hip which is cool because it makes for a romantic setting where you can relax and enjoy yourself, but you won’t stand out if you’re wearing a t-shirt and sandals either.

Another interesting note about the restaurant is that they regularly buy produce from our own campus urban farm, [email protected] They prepare and serve vegetables fresh from our garden in specialty dishes to their guests.

They are also building a garden on their roof where they plan to grow fruits and vegetables to be included in their menu and available regularly throughout the seasons.  Two of the staff assisting with the construction of the garden are students of San Diego City College and members of [email protected]

And now to mention the food.  I started with the oysters, which are a personal favorite of mine. These oysters however, were not my favorite.

I don’t want to throw the restaurant under a bus here because there could be lots of reasons the oysters didn’t satisfy me like I wanted.  For one, it is not exactly oyster season and secondly they were only $2 a pop which is cheap, and with seafood especially, you get what you pay for.

This is what was wrong with the oysters. They failed to capture the unmistakable flavor that is common in raw oysters, scallops and sea urchin. The essence of good oysters should radiate of fresh ocean water, followed by a rush of cold sea rock.

It sounds strange to someone who is not familiar with them, but it is a distinct and world renowned flavor, highly desired by sea food aficionados, and with these disappointing oysters, it was completely absent.

They still tasted good, with fresh sea salt and savory sauces, and at $2 each, its hard to nitpick, but if somebody was curious about what oysters taste like, these would leave them with a poor idea.

My favorite dish were the taro tacos, that cost me $6 for two and they were very good.  Granted these were not traditional Mexican tacos but they were not intended to be.

This was a new take on an old dish. Inside of a fried and flaky tortilla shell was sauteed taro root with pork belly and sweet pickled cucumber slices. A small but very delectable dish.

Lastly, I had stuffed red peppers. These were good, too. Roasted peppers, fresh and flavorful and stuffed with pulled pork. It would be hard to make a dish like this taste bad, in fact, it would be impossible. It was a nice way to finish off the dinner and paired nicely with my deep glass of dark red burgundy.

At the end, I finished off my glass of wine and because of the food it sat well in my stomach.  I felt rosy cheeked, relaxed, full and ultimately content with my dinner and life in general. Good food and good wine in a nice, dimly lit restaurant can have that effect on somebody.

The waitress brought me the bill and for once I was pleasantly relieved when I saw it. I’m not used to eating three courses and drinking fine french vino for $30. Next time I will be sure to order dessert.