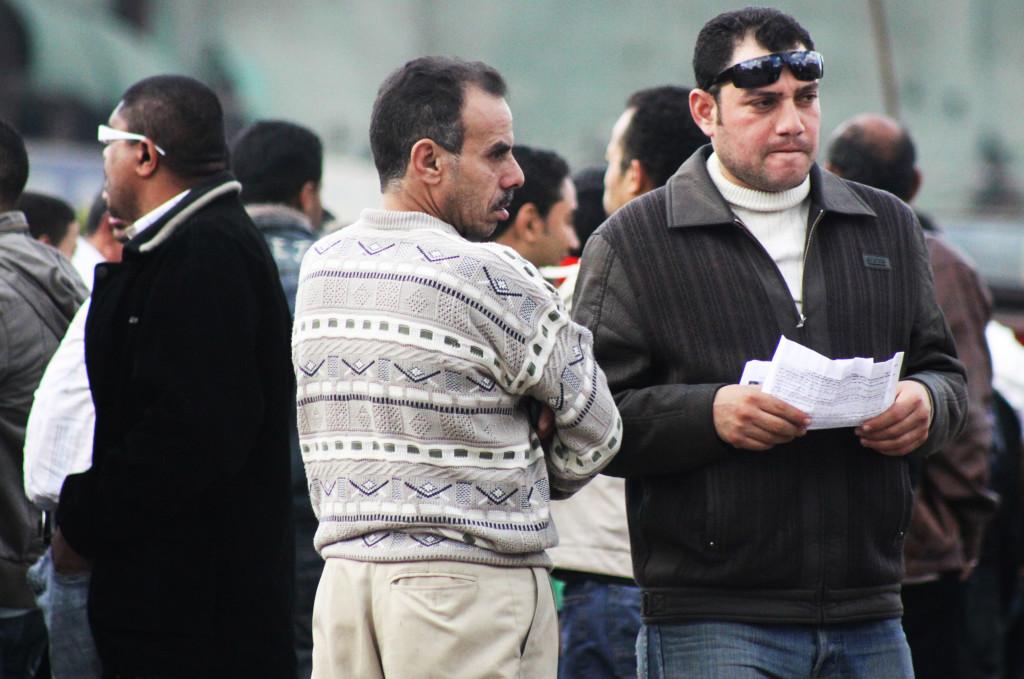 An Egyptian man grows noticeably tense in Tahrir Square at the anniversary of the uprising on January 25, 2012. by J. Rae Chipera, City Times.

The Arab Springs were never as they seemed. The term was created after the United States-led invasion of Iraq in 2003. The idea was that Saddam Hussein’s oppressive government would lead to the development of democracy throughout the Arab world. While some believe the Iraq War has since been as unnecessary and less successful than at first hoped, the promised “Arab Spring” did indeed arrive in late 2010.

On April 23, Dr. Coyle spoke to students about how the Arab Spring became one of the biggest movements. The topics include the first anniversary of the start of the Arab Spring, which upset dictators in Tunisia and Egypt. This revolt has spread to other parts of the Arab world, including Yemen, Bahrain, Syria and Libya.

“I hope what I can do is clear up for you some of the misconceptions of the Arab Springs,” said Coyle.

Arab nations throughout North Africa and the Middle East saw wide movements to replace their dictatorial governments with democratic systems. Some of these movements have proven more successful than others, and the political future of many Arab nations remains uncertain.

Millions of people rose up to topple dictators and overturn the oppression. “The movement was brutally brutally suppressed by the Iranian revolution guards.”

“You have people in the streets talking down on Mubarak saying ‘Mubarak must go.’ Interestingly, President Obama came out and said it’s time for a change and Mubarak must go,” said Coyle.

Coyle continues to explain that this shocks America’s allies in the Middle East because those allies such as Jordan and Saudi Araba are dependent on U.S. support in the event that the people would like to come up in an uprising.

“By Obama calling for a change, that showed that America can’t be counted on,” said Coyle.

The demonstrators have won and they have democracy.

The speaker’s expertise on this vital region enables him to offer a critical analysis of the Arab spring and its impact on American policy and interests.