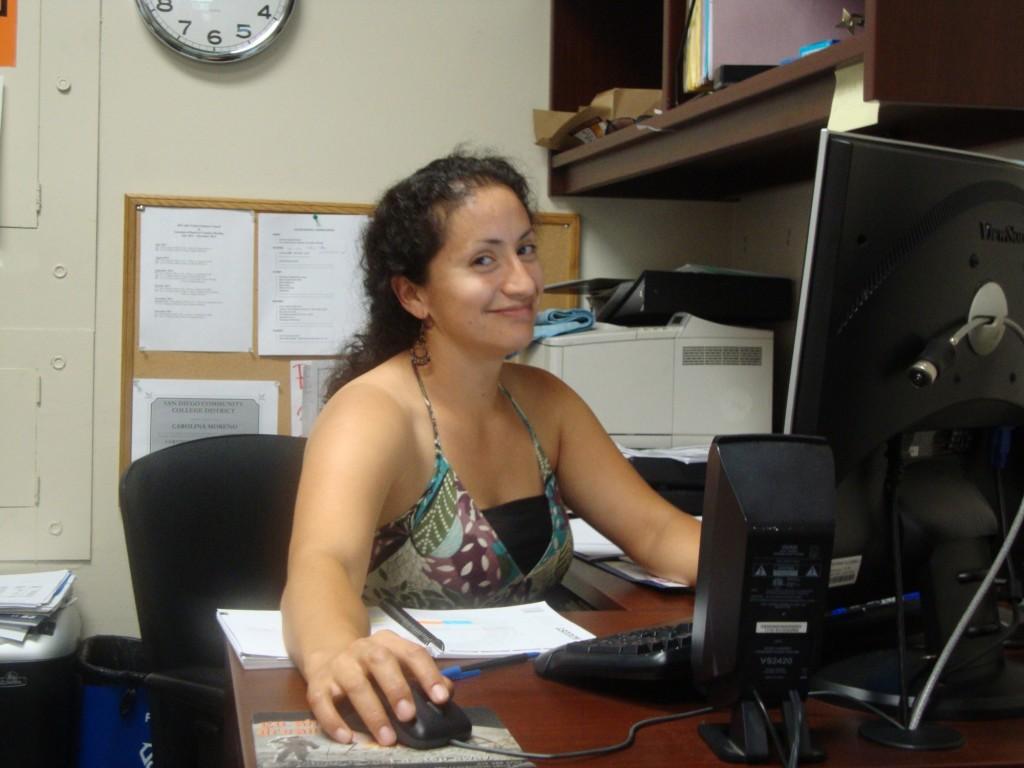 Carolina Moreno took the road less traveled to prominence. Initially a high school dropout, then a single mother and a cancer survivor, the newly elected Associated Student Government (ASG) president has a firm resolve and an extremely full plate, to say the least.

Now 34-years-old, Moreno returned to higher education in 2009 with a mission to become a nurse. She promptly attained her GED from Centre City Continuing Education, walked across the street and signed up for City College.

At one point, I was compelled to say, “I don’t even think you understand what a great profile you are.” She quickly and humbly replied, “I don’t,” and in regard to her tepid upbringing, she stated, “If I wouldn’t have gone through what I went through, I wouldn’t be the person that I am today.”

Her tenure at City College began by getting involved in Club CAFÉ, simply advocating for free-range coffee and then in turn she took part in Interclub Council (ICC).

I had the honor of sitting down with Miss Moreno after a vivacious ASG meeting last Friday. Here is a bit of the delightful exchange.

“It’s quite obvious that you’re passionate about student government. Do you have any words of encouragement for any current students, especially incoming, about why they should participate in ASG?”

“For me personally, I figured, ‘How can I actually make a difference?’ And within Club CAFÉ, we started seeking endorsements and I sat in on my first ASG meeting and I saw what went on behind these closed doors and I thought, “Well these guys have a voice and if I join these guys, I can have a voice.” So in the best interests of the students, I could advocate for something that is very important, and that’s how I got involved.”

“Club Rush is taking place this week. Would you have any advice to students who are thinking about joining a student club?”

“Yeah, join! Join and participate because it’s a really wonderful experience. There’s gonna be lots of clubs out there, and if they don’t find a club that might fall into their interests, they can start their own club. Last semester, there was a student that said, ‘There’s no robotics club.’ So I told him to get it started! I encouraged him. I directed him to the Student Affairs where they gave him the proper documentation and they outlined what he needed to do. There’s an option to be a registered club or a charter club. What’s the difference? Well as a registered club, you are recognized on campus and allowed to use the campus facilities, whereas a charter club can actually request funds from the ASG.” 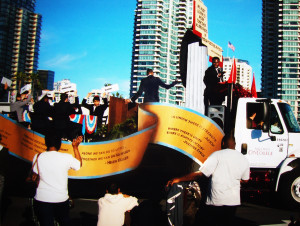 The first-prize winning float submitted by the ASG in this year’s Martin Luther King Day parade.

“I assume there will be ASG participation in the MLK Day parade again this year. Can you tell us how last year’s parade went?”

“Oh most definitely. The past term was amazing. I’m so excited that the majority of the people who were involved last year decided to come back. Our treasurer and acting secretary, Fiona Wilson, I believe was key as she is very highly motivated. Duane Gardella, a professor here on campus, provides his work area to hold and to keep [the float]. We did a float last year, which by the way, we won first place. The year previous to that we won as well. The year before we did ‘education not incarceration,’ and last year, because it was the whole reelection process and what not, it was how Congress – democrats and republicans – were just not getting along. So we will definitely be participating again this year.” (See image above.)

“Now for a couple fun questions … I know you’re a San Diego native. Any specific neighborhood you want to pay homage to?”

“I initially lived where Little Italy is at now, but it wasn’t called ‘Little Italy’ back then, and then I grew up over here in Golden Hills.”

“What’s playing on your jukebox lately?”

“Personally now, I focus more on local music. I have two favorites lately, three of them actually! One is called Cumbia Machin, and then there’s the B-Side Players, and then there’s a reggae band called Revival.”

“Do you have a favorite T.V. show or movie right now?”

“Well I don’t watch T.V. but I just watched ‘Identity Thief,’ which I thought was a really funny movie. My favorite movie of all time is ‘Man On Fire.'”

“I focus on exercise. Right now I’m taking two physical education classes, one is cardio conditioning and the other one is martial arts. Last semester, I did kickboxing.”