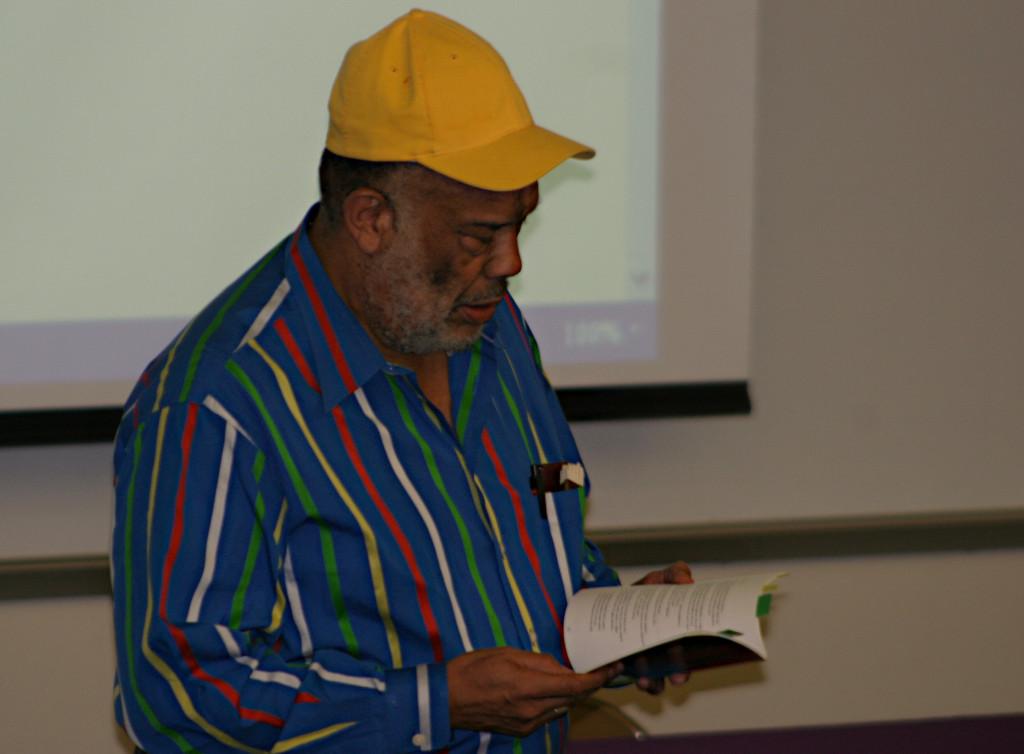 Pay attention to the little things in life and if you put them together, it’s a good bet that they will add up to a promising future —- that is the message Farrell Foreman conveyed and told an audience at a presentation held during the 8th Annual International San Diego City College Book Fair.

Foreman, an award-winning professor of English at City College, was one of several authors who appeared during the fair. Among his achievements are the Samuel Goldwyn Award for his playwriting. Foreman is also co-founder to the Bear Arts Foundation, an nationwide organization for theatre’s writers of color.

In his lecture, Foreman talked about various events of his life that had a connection and a deeper meaning, starting from when he was a child, playing with pots to make a melody, to when he was an adult eventually finding himself on stage.

“When I tried out for a play, something happened … something unique,” he told the audience at the lecture hall in the V Building.

He told the listeners that each person could build on small events in their lives to end up doing what they love.

The event was held during a presentation on Oct. 2.