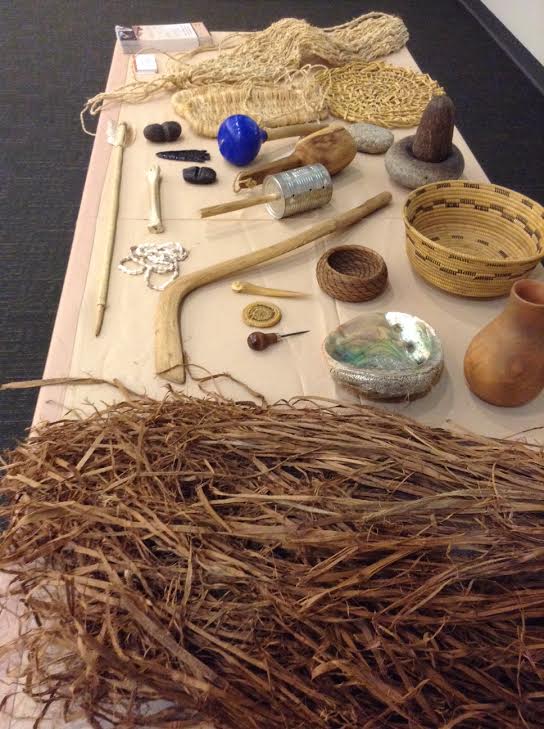 The Barona Resort is well known throughout San Diego for its casino gambling, but within the Kumeyaay nation is a rich history well documented in their cultural center and museum.

Barona Museum Educator O’jay T. Vanegas lectured students and faculty about the life and ways of the Kumeyaay on Nov. 13, the final World Cultures event of the fall semester at City College.

The Kumeyaay, also known as the “Tipa-Ipai,” were independent Native American tribes that grew steadily over the years. They were forced into years of slavery by Spanish invaders.

“Kumeyaay means the people of the cliffs,” said Vanegas. The Kumeyaay existed and resided in southwestern California and northwest Baja-California for more than 12,000 years.

Vanegas detailed their lifestyle and history. They made items such as sandals, hats, cloths, bows and arrows.

In some cases, these items would take days, weeks or even a month to make, with rope being one of the hardest things to create. Depending on the item, they were made from a type of hemp or agave. Some were made to be recycled.

Kumeyaay people were enslaved during the Spanish Inquisition period. They were taken in as property of the church and subsequently labeled as “Diegueno,” meaning children of San Diego.

“Kumeyaay people where traded to convert them [to Catholicism],” explained Vanegas.

Additionally, they wore markings to identify who was part of their family to preserve their pure bloodlines. These markings told a specific story of the person they adorned.

As an example, Vanegas explained that three bear claws on a woman’s cheek denoted she had been married three times. He continued on to describe the homes and hunting practices and the patriarchal style of the Kumeyaay society.

The Barona Cultural Center and Museum has a variety of programs and classes, including a story-telling class next scheduled for February. Many descendants work at the museum to share the history of the Kumeyaay way of life.

For more information about the Kumeyaay and the Barona Cultural Center & Museum, call (619) 443 – 7003 or visit baronamuseum.org.