Driving students to design their future 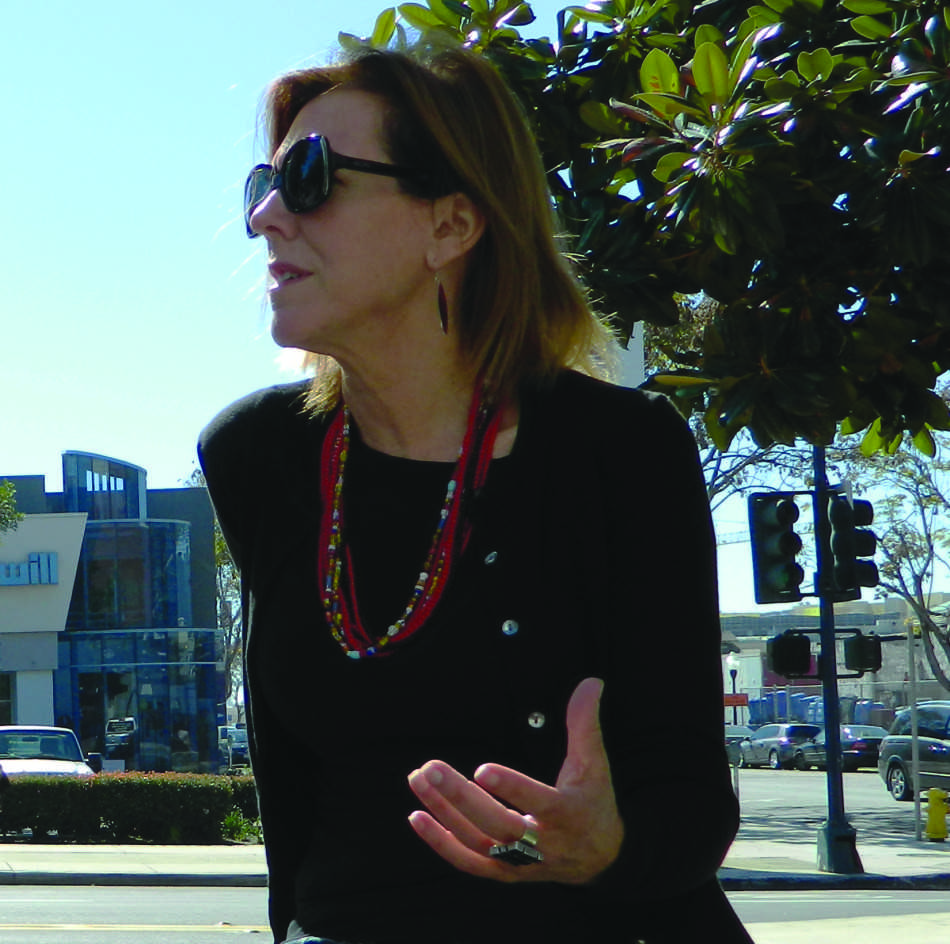 Candice Lopez is City College’s graphic design cupid – a matchmaker for her students and the real world – and her arrows are crested in style.

Before her career teaching graphic arts at City, Lopez worked with some of advertising’s most recognized figures at the global firm, BBDO. It was during this time as a young art director where the itch to teach needed to be scratched and thus began a new phase.

“People would always tell me that I would be a great teacher because I loved working with junior designers and mentoring them,” she recalls. “It stuck in my head and I always really enjoyed working with people and see myself as a kind of tour guide, outfitting them with the best equipment, showing them the best possible trails and getting them on their way.”

The professor, who leads the Graphic Design Department, encourages her students to tap into their own experiences to inform their work.

“I try to teach students about style because I know it can be jet fuel for their work and if they truly understand style, beyond dates and names, and what style is, they can apply it to their own projects,” she adds.

Her design students created a branding campaign as part of the preparations for City College’s Centennial celebration. Last fall, they got the opportunity to work with principal designers at outside firms, who critiqued their first round of work, similar to what would happen in the real world.

“We went to MiresBall, which is the number one branding firm in San Diego and ranked among the top ten in the country,” she says.

Brandon Prairie and Donovan Salazar, two of Lopez’s current students, worked on an art gallery on campus scheduled to open in November. The students proposed “Gallery 13-13″ as the name, but the administration rejected it.

“They came up with the name because of the street address of the college and we really love it,” explains Lopez. “We love the magic of ’13’ being a potentially unlucky number and it’s kind of controversial. But unfortunately the Fine Art Department makes the decision about the name and some didn’t connect to it as we did and others did.”

Lopez and her students plan to invite international designers and artists to the gallery, creating a renown, cutting-edge space.

“We’re organizing a pretty incredible show where we have secured historical pieces. The artwork is very prestigious from a private collector; really valuable, beautiful pieces. But we want to complement these pieces with contemporary designers whose work shows a certain influence, like Shepard’s,” Lopez says.

She’s referring Shepard Fairey, a renown graphic designer whose works have been exhibited in prestigious art museums across the country. He created the “Hope” poster for Barack Obama’s 2008 presidential campaign, which became an iconic image recognized worldwide.

The opening of the gallery in November is the thing she is looking forward to most in the Centennial celebration.

“It’s going to be the thing that everybody’s going to be talking about. What we’re hoping is people will line up around the block and create a lot of energy; a really fantastic alumnus is working with me on it, Josh Higgins,” says Lopez.

“Josh has a track record of putting on these amazing exhibits, really-cutting edge that are shaking things up, which I’m really excited about,” Lopez says.

An avid traveler, Lopez has also taught from Mexico to Spain and advocates exploring other cultures.

“For a student to be successful in the world they have to develop global competencies,” she says. “There are many ways of understanding that we are part of something much bigger than just you at City College or San Diego or the United States. It’s about thinking in a global way.”

She has a second family home in Mexico’s bohemian town of San Miguel de Allende. Her family includes her husband, Rafael Lopez, a renown graphic artist, and 12-year-old son, who is already garnering international recognition.

A portfolio class she teaches is working with the small Tuscan town of Radicondoli to stimulate commerce and prevent youth from leaving due to the tough economic times. Her students are developing a campaign with events from a music festival to sustainable farming. Lopez and well-known Italian-American designer Ron Mirriello will be flying in to implement the designs and establish a study abroad program.

She’s got a roster of successful student graduates, connections to President Obama, and other prominent international figures. It all fuels her passion to inspire students to find their bit of crazy in design and art.

Quoting Augustine of Hippo encouraging students to go beyond their borders, she says, “The world is a book and those who do not travel read only one page.”

Editor’s Note: When this story was originally published in the February 25, 2014 issue of City Times it stated that Shepard Fairey was a former student of Professor Lopez. This is incorrect and the story has been corrected for online publication.