Lounge has heart for student engagement 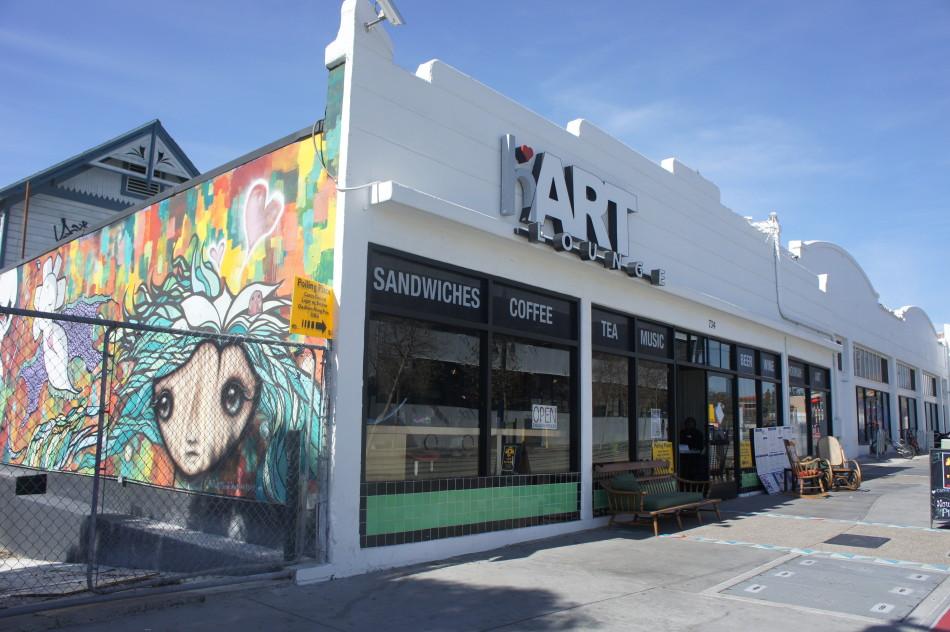 hART Lounge is located on 734 Park Blvd. They offer different choices for students and it is relatively close to City College campus.Photo credit: Essence Mcconnell

The owners of a hookah lounge near City College want to offer more than a place to smoke, have coffee and eat. They want to encourage civic engagement among the mostly young clientele and showcase local art.

The hART lounge housed a voting precinct during the recent mayoral run-off election. The owners wanted to give voters, particularly young ones, a comfortable place to cast their ballots without feeling intimidated.

“It’s our generation,” said co-owner Minerva Gonzalez. “We need to show that we are part of this election.”

Her brother and co-owner, Arthur, addressed an Associated Student Government meeting before the election to promote the lounge as a place City students could vote.

The owners also promote art and note that the East Village is developing an underground art scene.

They allowed a local artist to add color to their neighborhood by painting the side of their building. And once a month, hART lounge opens its facility for private shows and art showcases for local artists to display their work.

“We get asked by local artists all the time if they can have their events here because most places charge venue rentals,” Gonzalez said. “We don’t charge the artists. We never say no to local artists.”

The restaurant began to offer a new vegan menu last October, designed by Gonzalez, who serves as head chef.

“We are a vegan restaurant, but we are never preachy about it,” she said. “People don’t realize that they are eating homemade meals, vegan and made fresh. This is just the way we are suppose to eat, clean food.”

Located on Park Boulevard, across from the NewSchool of Architecture and Design, hART lounge offers a place for students to study and relax, all within their budget. The owners are working to develop a coupon program for City students.

“We just support our community,” Gonzalez said. “We want to make it better.”

Editor’s Note: When this story was first published in City Times February 25, 2014 issue it stated that Minerva and Arthur Gonzalez were married and they are siblings. Edits have been made to this piece for accuracy.