The fast life of a ‘doubler’ 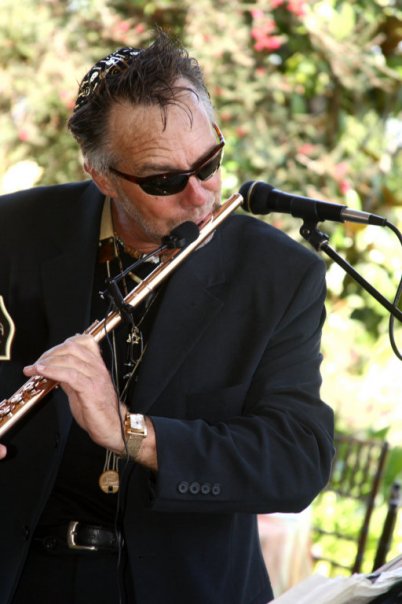 Step inside City College’s jazz improv class and listen to an exhilarating mix of music instruction, life lessons and even bar gigs, all conducted by “The Music Doctor.”

Yochanan Sebastian Winston, or“Doc” to his students, is a renowned flutist and saxophonist who has played in venues around the world. His resume is impossibly long, jammed with performances and teaching stints from Finland to California.

The 58-year-old professor recalled his arrival at City College about five years ago. He inherited a jazz improv class, which he said, “Sucks because of the format.”

“Usually what you have is a master teacher in the middle, and a pile full of musicians, and you play some dumbass jazz tune and you go down the row and everybody solos. It’s like watching paint peel. It’s so boring. As a teacher, it’s horrific.”

But “Doc” flipped the script. He took advantage of having multiple classrooms and split the class up so students learned in smaller, more intimate groups.

“This is about learning how to be a good member of society and get along with people and create something that’s bigger than you,” expressed Winston.

His favorite part is taking his students to play real bar gigs at the end of the semester. He said that the students learn to work together, but most importantly, that they get to learn jazz on its own terms.

“These kids are going up there and realizing ‘Oh, I’m on a night club stage, playing jazz.’”

Winston also speaks of spirits and apparitions mindfully joining his students on stage with them.

“…Then, the ghost of Duke Ellington would come up and put his arm around each person’s shoulder and say, ‘Oh wow, you’re playing Take the A Train. Did you ever hear the story about when Billy Strayhorn and I wrote that?’’

“Then Coltrane would come around and say, ‘Oh, you’re playing Afro Blue. Ya know, I got that from Mongo Santamaría, and, you’re gonna be great man. Just play yourself.’”

The effect this all has on his students is priceless.

“In this town, right now, there are somewhere between 6-12 bands working, who came together from that class,” added Winston. “Why? Because that class actually is about working.”

He joyously shares the journey that brought him to teach in San Diego.

Winston was born in San Francisco and raised in San Jose. He remembers hitchhiking and hopping freight trains to places like Mount Tamalpais, a state park in Marin County, north of San Francisco.

During a spiritual moment in the deep woods of the park, he heard someone playing a flute and in his words, he remembers thinking, “Right! Got it. OK, I got it.”

He came home, asked his mom for the money, and went to Steven’s Music in San Jose to buy his first flute for $105.

After several misses, he finally found a hard-nosed teacher that in Winston’s words, “really took it down to the wood.” She had studied under William Kincaid, the grandfather of the American Flute School, and Marcel Moyse, a gifted French flute player and performer.

She would hold grueling four-hour-long practices and in less than a year, Winston was one of the most accomplished flutists in his region, yet still just a junior in high school.

The transformation took Winston away from listening to Jimi Hendrix and the Grateful Dead and playing along with Jethro Tull, to studying the first of the three most important musicians in his life, flutist and saxophonist Hubert Laws.

“He (Laws) brought this classical sensibility of sound, time, technique, articulation…to the jazz world. I didn’t realize music could be that,” states Winston.

So when the band director at his high school invited him to play in a newly created jazz band, Winston told him he didn’t own a saxophone.

Well, his instructor gave him a beat-up old sax and he fell in line down the pecking order. One day, Winston recalls sitting fourth chair as tenor two, though somehow got the solo for that piece.

“I stood up and blew my brains out. I’m sure it was horrible,” laughed Winston. “When I was done though, he (the instructor) stopped the band and everyone just goes ‘wow, that was really good.’”

He had learned a clear lesson.

“When you do something with music, if you do it and you’re all in, almost regardless of the quality, people are going to appreciate it,” he said. “So I became a ‘doubler’ at that point,” referring to a musician who plays two principal instruments.

Very soon after, Winston encountered the notion of being a professional musician, and that resonated for him.

But that didn’t mean he fit in easily with the band kids. He recalled the “clank clank clank” sound when the trumpet players opened their cases lined with medals.

“The whole thing was disgusting. It taught me so much about what I hate about life. It was great.”

After moving on from high school and attending six different undergraduate facilities, he landed at the Manhattan School of Music and his first reaction was “Yes. Finally. Let’s do music.”

Though it was not long until Doc reports that he “lost track of himself,” showing up to gigs and hearing that he was a flutist, not a saxophonist, or vice versa, while teaching at three different schools and doing jingles in the morning.

He had a nervous breakdown, fell in love with a French woman, and followed her out of New York to France.

In his earliest experiences in France, he attempted to study Solfége in his mid-twenties with a bunch of ten- and 12-year-olds at a French conservatory. After one lesson, the teacher looked at him and said, “You know John Sebastian that your ears are truly primordial.”

“I was like a caveman to them!” boisterously added Winston, though he went on to gain a reputation for playing new music, which was an extension of contemporary classical music, the pioneers being Arnold Schoenberg and Igor Stravinsky.

Winston then attended IRCAM, a French institute, where he studied under the second of his three major influences, Pierre Yves Artaud, who had created a whole different form of challenging music.

But Winston longed to return home to California to get his Ph.D. He contacted UCSD and was informed that a position was waiting for him.

Renowned double bass player and composer Mark Dresser vacated a position with the university, and in turn, Winston taught while he studied for his Ph.D.

By the time he was done, he had developed a reputation for playing the most difficult music ever written.

In the ensuing years, he worked his way through France, Germany and Sweden’s contemporary classical music scene. Then it was time for Winston to move home to pursue his teaching career.

“Teaching is vitally important to me. It would be like losing a leg if I couldn’t teach.”