A man of design — Award-winning scenic art designer and director brings his craft to the City College Theater Dept. 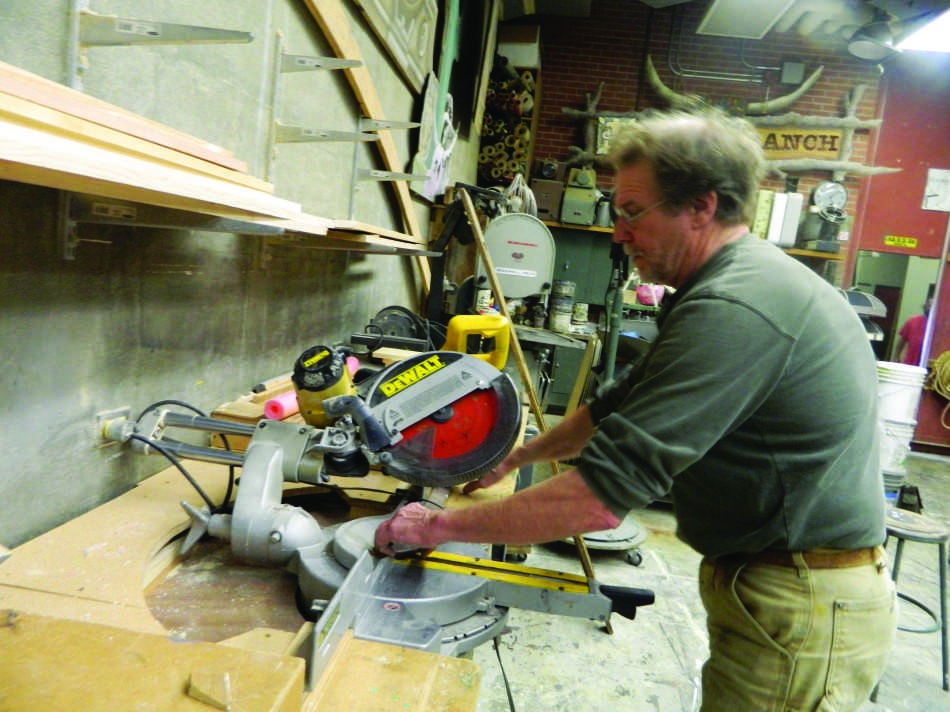 Some days, Professor Duane Gardella starts work at 9 a.m. and works until 1 a.m. the next day.

He does not complain, however. He easily tells you that he loves what he does.

“I enjoy my job and the level that I teach,” Gardella said about teaching at City College.

He teaches stagecraft, scene painting, art, lighting and sound for film production and theater at City.

The 60-year-old professor teaches how to build theater sets, which are eventually used for productions at the Saville Theatre.

“Duane is one of the best teachers and a great relaxed person,” said Robert Norberg, who works with the professor.

On productions nights, Gardella will direct his students to coordinate the sets and lighting, which keeps him on the job past midnight.

His classroom is a big workshop in the first floor of the C Building packed with tools, such as saws and hammers. The room is also filled with artifacts such as pictures, furniture and even sections of cars.

He has taught at City College for 16 years and has a master’s degree in set design, theater lighting and stagecraft.

Gardella used to work for ABC News as a scenic art designer and art director in Los Angeles.

“I slowly grew to do set design because it was fun and exciting,” he said in a recent interview.

He said he keeps classrooms stocked, even dipping into his own pocket to pay for supplies such as paint and brushes.

Gardella had explored the world of acting and said he decided not to pursue it because it was inconsistent work. He rather focused on earning the steady income of production.

These days, he’s looking forward to helping inaugurate a new theater on campus, scheduled to open this summer. The 99-seat facility, which he’s nicknamed “The Black Box,” is located at the Arts and Humanities Building, which is scheduled to open later this year. The building also will house studio space for drawing, ceramics and sculpture.