A man of his spoken word 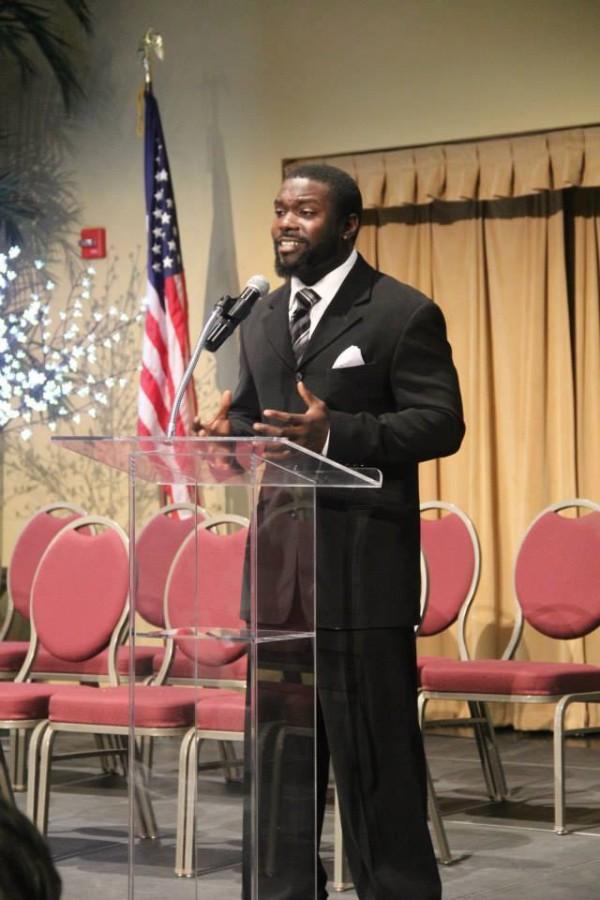 Nianda Speaks has been writing poetry since he was 13 but now channels his education into intuitive spoken word. (Courtesy photo)

Mulemvo Nianda’s words are backed by love, his thoughts backed by emotion and his ideas backed by his confidence in this generation to come together into a new conscious awakening and start living in paradise.

The City College student, who goes by the stage name Nianda Speaks, has been writing poetry since he was 13, but it wasn’t until last year he decided to express himself through spoken word.

“I’m actually pretty shy,” Nianda explains. “I’m really introverted. I just write it out. I think it comes off better.”

First generation Congolese, Nianda spent the first 12 years in Virginia where he experienced racism and distress. This grew into a passion of giving a voice to lost people.

“I feel the voice we have, it turns into negative stereotypes. If I can give an intellectual voice to it, then maybe we might be heard in a different way,” expressed Nianda, 28.

“I felt like the people were calling me, like they were hungry for something, so I started spoken word and it branched off into sociology after that,” added Nianda.

From standing on campus trashcans reciting his poetry, to open mic nights every week, Nianda has been doing everything he can to have his message of unity being heard.

He’s becoming a known figure around San Diego: asked to speak at the Black Graduation Ceremony Rite of Passage, holding intellectual discussions around the city, and even working with Stephen Pierce, former Cleveland Brown football player whose asked Nianda to lead a poetry slam for his non- profit organization, the Stephen Pierce Foundation.

One of the ways Nianda has been working towards a united world is with his controversial documentary “The Nigga Project.”

“There’s a lot of petty stuff that goes on in the black community that I think separates us,” Nianda explains. “That’s the fight that I’m trying to bring light, is that we all can come together.”

At first glance this title sets his audience back, but the documentary is a history of African Americans and how some might use or view the ‘N’ word.

“I think we’re all lost in the sauce, we don’t really have knowledge of our history,” said Nianda.

The film asks questions to try and provide answers on how society can fix this use of a word that is now in people’s daily vocabulary, as Nianda believes he can’t stop people from using the word but can bring awareness to what it really means.

Unsure when or how it will happen, Nianda’s confident a change will come in our lifetime and that a conscious awakening is happening right now. He wants to be a positive figure that helps push the younger generation in the right direction.