A dream filled with designs 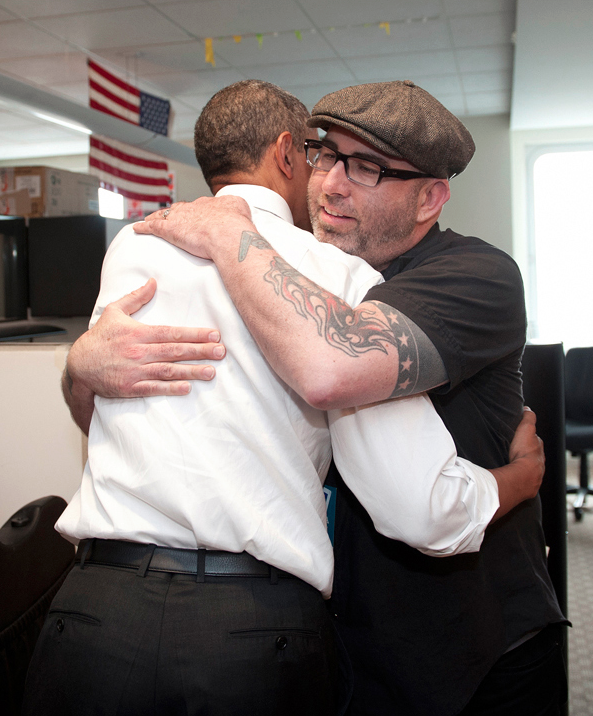 Life goals and dreams change from time to time for many. Former City College student Josh Higgins is a great example of that. After graduating from the City College graphic design program, he went from being in a successful band to becoming the design director for President Barack Obama’s 2012 campaign and is now the manager for the communications design team at the world’s biggest social media site, Facebook.

While in junior high, Higgins had dreams of being a professional surfer, but that quickly changed when he went to high school and realized music was his passion.

After Higgins graduated from high school, he attended community college for a year. “I just wasn’t into it. I wanted to play music,” he said.

He played in a couple bands, but finally ended up in the band Fluf. MCA noticed the San Diego-based band and signed the band to their label.

“We opened the first five Vans Warped Tours. After 10 years I started getting really burnt out,” Higgins said about his music career.

Higgins was ready for a change.

“A friend of mine who just graduated from Professor Candice Lopez’s graphic design program at City College told me I would be a good graphic designer,” said Higgins. “I have always made all the flyers for our gigs. I didn’t even know what I was doing was graphic designing. I dove in headfirst and consumed everything design.”

Lopez, during an interview with a Newscene reporter, stated, “Something I remember is that he was really, really talented from the get go.”

“Professor Lopez was my inspiration. I didn’t have the same confidence that she did in me,” Higgins said.

After graduating from City College, Higgins had a hard time finding work but eventually ended up working for the guitar company Fender. He worked with a lot of local San Diego-based companies but also did design work for major companies including Reebok and worked with professional skateboarder Tony Hawk.

Higgins along with a friend designed a poster that he described by saying it “ended up on every design blog on the Internet. It’s really weird how the internet works.” The poster is one of the things that got Higgins noticed by the Obama campaign.

Higgins then received an email titled “You Should Come Work for the Obama Campaign.” He said, “I never thought it was real.”

After a month of interviews, Higgins got the call while sleeping on the beach at Coronado.

“After I accepted the offer, the hard work started,” said Higgins. “I worked seven days a week, 16 hours a day. The passion, the cause and the adrenaline kept me going.”

After a year and a half long successful campaign, it was time for Higgins to head back home to San Diego, and while on his way back, he received the call from Facebook. The company wanted to offer him a position as manager of the communication design team. He has worked in the position for more than a year now.

For students who have big dreams, Higgins stated, “It’s super simple. There is no certain path you can take to be successful. Whatever the path is you just have to work your ass off.”