In a world of Abjo 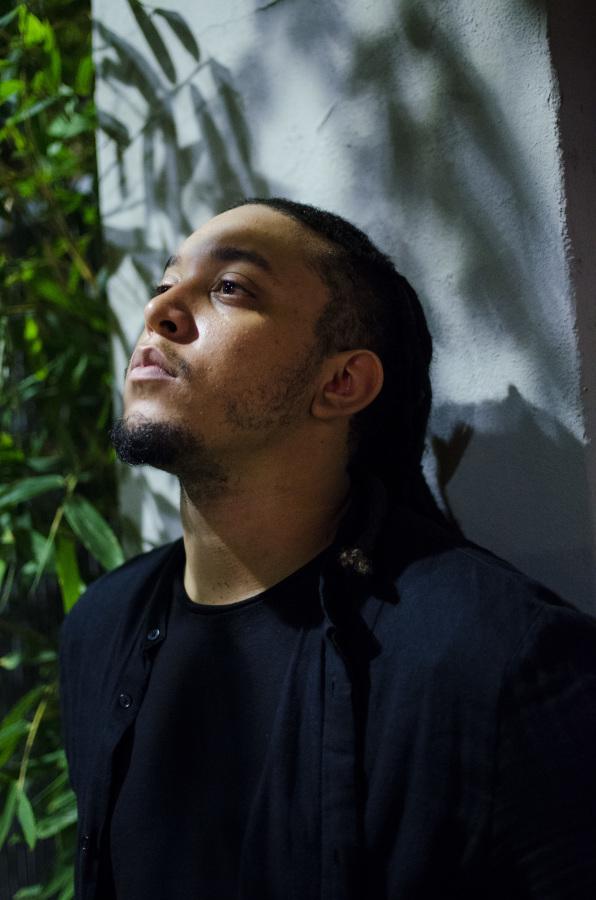 “If you are calling it ‘electro soul’ I’m not going to disagree with you. Maybe it’s because I’m tired of trying to put it in a box. People need it to be in a box and categorize it. Let them do that. It’s not my concern.”

Abjo is a 25-year-old electronic-producer hailing from San Diego, whose music scatters among the plains of ordinary genres from soul, trap, r&b;, hip-hop and electronic music. Abraham Joseph Sanders, aka Abjo, grew up in Paradise Hills where music was introduced to him at an early age.

Sanders learned to play instruments in elementary school, playing in both band and orchestra. Starting with the violin, he later taught himself how to play piano and percussion. He gained knowledge in reading and writing music, eventually transferring that skill onto producing music as he attended the San Diego School of Creative and Performing Arts.

Sanders discovered Madvillain, read books on sorcery and was transfixed on practices of lucid dreaming through Carlos Castañeda’s book “The Art Of Dreaming.”

By mixing his love for hip-hop with his classically trained ears he studied the arrangements of the “beat.”

Digital software became another instrument to hone in on as Sanders was drawn to 808s, drum kits and sampling. Impacted by the death of J Dilla, like many up and coming producers at the time, Sanders took it upon himself to take producing seriously.

Expanding his ears with the knowledge of older unrecognized music, he found he couldn’t identify with popular music.

“A lot of us are just taking from our passages, musical passages and whatever else and putting it into context. I liked to listen to jazz fusion as a kid because that’s all my dad would listen to: ’70s soul jazz, Stevie Wonders, Marvin Gaye, a lot of soul music. And that’s what we end up sampling,” he said.

In 2012, he graduated from the audio production program at the San Diego Art Institute. Beforehand, he spent two years at San Diego State University taking classes on jazz studies and ethnomusicology. He released his first project in March 2010 entitled “The Tokyo Tea Suite.”

Abjo has since found success in releasing material on the Internet through various musical blogs such as “Potholes in my Blog.” While maintaining relationships or reaching out to new fans in the ‘beat scene,’ exposure has led him to places like the The Soul Dojo. In addition, progressing further within Los Angeles based record label Soulection, “The Sound of Tomorrow.”

Sanders explains Soulection as being a part of a movement and a family of like-minded individuals, “As far as Soulection goes, its organic.”

As opportunities grow, Abjo is humbled by his supporters and new followers he’ll gain on tour, taking advantage of the chance to send a message through his music: “I think of making music less from crafting a lot of the times than I am putting my feelings into or my thoughts onto some tangible format — every song is like a digital feeling.”

Although Abjo has self-released a combination of more than 10 albums and EPs, in addition to spontaneously dropping singles on his Soundcloud, his creative process has evolved.

He says, “These days I’m more interested on being honest with my music and not being afraid to do certain things. There are some ideas I haven’t done yet. If I run out of ideas and I don’t have any creative juice, or if I don’t have something I want to say or put out — then I won’t put it out. I have ideas that I like to share and get out of my system. It’s statements that I like to make. And that’s what keeps me making music, I want people to hear what I’m feeling.”