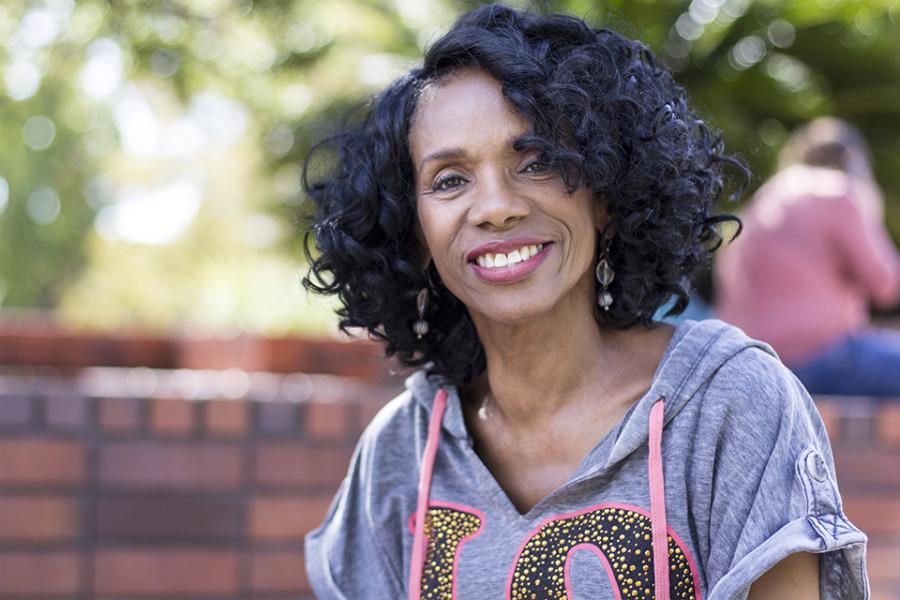 Imagine you’re living in the 1980s and you see Michael Jackson moon walking and doing other innovative dance moves in a music video on MTV. Fascinated by Jackson’s dances, you hit up some local dance studios with a desire to learn similar moves and styles that were presented in that video. Instead, you are turned away because you discover “street dance” isn’t taken seriously, is considered to be dangerous and is a “forbidden” style.

Fast forward 30 years later to discover that “street dance” has evolved to hip-hop and is popularized in countless music videos, contest shows where hip-hop dance crews battle against each other and do-it-yourself videos that go viral on social media platforms of dancers showing off their skills.

Ruby Wilson, a dance instructor who has been at San Diego City College for the past 26 years, not only witnessed the changes in hip hop dance but also fought for the dance form to be taken seriously and to be taught in studios.

Wilson compares hip hop to the early days of jazz dance when it was forbidden and only performed in low-key clubs, before it was later popularized and studied after it became mainstream. The same happened with hip hop.

“Later on, (jazz) became an art and accepted,” Wilson said. “I looked at hip hop as the same, and I looked and said it should be accepted because basically with jazz, it is an expression of art. I see it the same way; dance is a way without words that communicate through body and movement.”

Wilson was born and raised in Arizona. At a young age, she recalls always dancing at family functions and being the center of attention.

“Culturally in my family, it was always the weekend where the family would get together … there would be dancing,” Wilson explained. “It turned into a big thing for me because I dance all the time. So naturally it got to the point where the family would start to take note that I would dance and they’d like seeing it.”

Throughout her childhood, Wilson danced for fun and to entertain her family. After graduating high school, she moved to San Diego to study fine arts and minored in dance. Not only did she dance, she was also an oil painter and didn’t think to make a career as a dancer.

“Through high school and beginning of college was fine arts because I was a painter, but I minored in dance,” Wilson said. “I think because of the nature of dance I thought of it as a hobby and never looked at it like (a career).”

However, Wilson pursued dance and decided to become an instructor. Diving into the dance scene of San Diego, she discovered her favorite dances that she performed with family and at outings to clubs and events weren’t taught in studios. Originally known as street dance, the form was frowned upon and not accepted, even though many dance moves were seen in music videos on TV.

This led Wilson to create her own dance team the Ebony Elite Dancers. The team was known for its outlandish Vegas-like costumes and unique dance moves. From the success of shows performed in various cities at conventions and events gave Wilson an opportunity to teach dance and become the cheer coach at City College.

“One of the football coaches at the time at City saw one of the shows,” Wilson said. “He contacted me and they had decided they wanted a cheer team for City College.”

It was then Wilson began to teach cheer and aerobic dance at City. She incorporated hip-hop into her choreography and taught countless students moves they desired to learn but were unable to in the past. Although hip hop wasn’t a selective class when Wilson first arrived at City, it was later introduced after many years.

Before Coach Alan Rivera became an instructor for the Health and Exercise Science department teaching health studies, kickboxing and dance, he was one of Wilson’s students. Rivera explains he loved to listen to hip hop, but was not a coordinated dancer until he began taking classes with Wilson. He also details she guided him to his career in fitness.

“She basically caught me at the beginning of my academic career and was one of the mentors that guided me to where I’m at today professionally and academically,” Rivera said. “When I first started taking coach Wilson’s dance classes – if there was anything before beginner, I was there. Every semester I was at City I made sure I had at least one of her dance classes in there. And from there I became now, not only a dance instructor, but a professional dancer as well. And I could not say I would be that if it wasn’t for that starting point in her class.”

Fall 2015 semester will be Wilson’s last semester teaching as she wraps up and gets ready for retirement.

Dean Randy Barnes of Health and Exercise Science raved about her impact at City and how she will be missed: “… She’s really been a positive impact, very vibrant and always upbeat. There’s the other dance program on campus and hopefully they’ll pick up where Ruby left off. It won’t be quite the same, a little bit quieter without her around.”