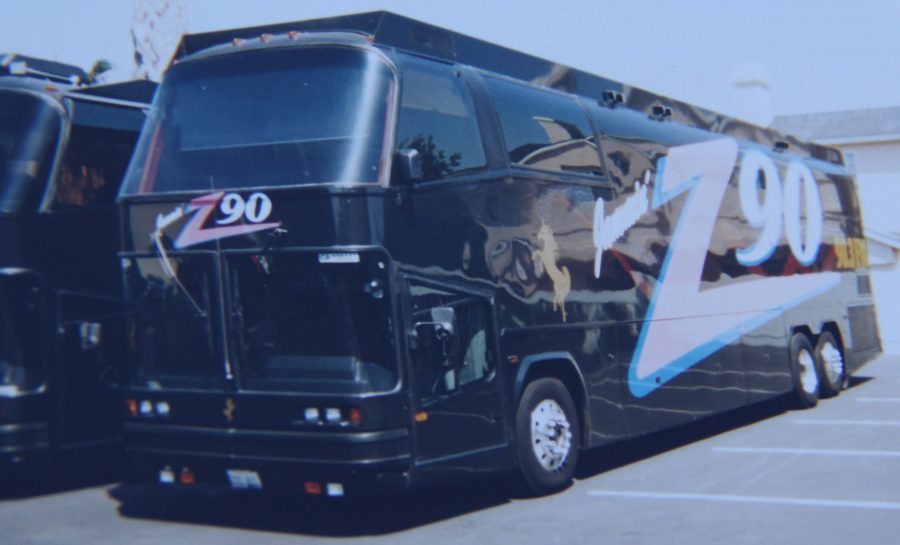 Many students strive to graduate from a four year university – but what happens when one realizes that they spent the majority of their four to five years on the wrong degree.

Such was the case with a former City College student, Monchai Pungaew, who visited the campus on Sept. 24, prior to attending a concert at the Qualcomm Practice Field, Freestyle Reunion.

“After I left UC Santa Cruz, I ended up in San Diego with a few hundred dollars in my pocket and an old brown Toyota Celica that my mom had given to me.”

Pungaew attended the university for four years and said that he switched majors three times before running out of financial aid. He never graduated, but learned something about himself.

“Twenty-six years ago I didn’t really know what I wanted to do in life, as a lot of 18-22 year old students,” Pungaew said, “but being a DJ at my old university, I knew that I loved music.”

He said that he did not necessarily know how to get into the music business, but wanted to dive into production and eventually be able to manage music groups.

“City College was my beacon of hope,” Pungaew said. “I decided to sign up for an audio editing class with the old-school reel to reel discs.”

He said that it was a great opportunity and that he didn’t have to pay a lot to get here. “It was around $11 a unit.”

One day while attending class, he noticed a flyer with pull-off tabs posted in the hallway. He said that it was for an internship for a brand new radio station at the time. “It was then called Jammin’ Z90.”

“I took a leap of faith and I called,” Pungaew said, “and an hour and a half later I was an intern at the station.”

Castañeda strongly believes in the networking aspect of the City College experience. “We help provide the contacts they need to get jobs in the industry.”

“At the beginning you have to pay your dues,” Pungaew said. “Nobody is going to just spoon feed you. Don’t worry about the money at the beginning.”

Initially, he did not get paid at the station for six months doing the “grunt work.” Pungaew survived by “bagging groceries, being a security guard at La Jolla Village Square, and living out of my Toyota (at the mall parking lot) for six weeks.”

A year and a half later, he said that the money got better because he got a job with the University of California, San Diego – Police Department, as an on-campus residential security officer.

The station also picked him up as a part-time employee.

“Then in about 3 years,” Pungaew said, “I became promotion director.”

A promotion director at the station maintains all promotional calendars, prizes, contests, including workflow coordination for events, talent management, and gear preparation.

He had many stories backed up with photos stored in his album. He was “kickin’ it” with Matt Damon, Paula Abdul, Janet Jackson, various radio personalities, the Charger’s Cheerleaders – and the “Big Ass Bus”

“That is how we promoted back then. We would drive to venues with our team (and occasional artists) in San Diego, Tijuana, and Los Angeles.” The “million dollar” black bus was a loaded double decker that had the capacity to easily set up with a small stage for an impromptu concert.

Pungaew said that he owes many technical soundboard and turntable fixes at the station, on the bus, and on stage – to his class at City College.

“Almost every class we offer has a lab attached where students are actually going out and performing the skills,” Castañeda said, “not just reading about how to do it, in a textbook.”

He said that he stayed with Z90 for five and a half years, and helped with the sister channels, X99 and Radio Latina 104.5 FM, all under the parent company, Califormula Broadcasting.

“We are elated every time we learn about another RTVF Alumni getting a job,” Castañeda said, “and that’s proof in the pudding that we are doing something right.”

Later that evening at the Freestyle Reunion concert, Pungaew asked the lead act, the Cover Girls, if they “remember coming by the first Jammin’ Z90 anniversary party (1991).”

“Yes, we we do,” said one of the singers. “Thank you for all that you do. We are so blessed and so happy to still do what we love.”

Pungaew couldn’t have said it better.