The border is his canvas 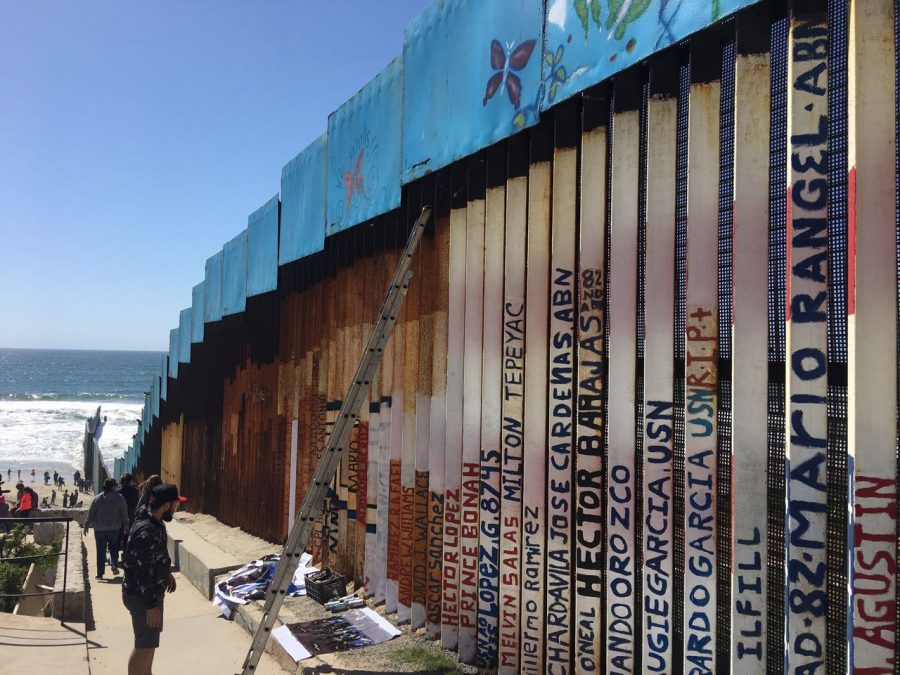 From the United States side of the border, we see a plain, rusty, numbered fence. On the Tijuana side, there is colorful, politically driven artwork intended to bring peace to the communities between both nations. One Tijuana based-artist plans to paint the longest mural on the Mexico border fence to date.

Enrique Chiu, 35, is an artist and culture promoter for the city of Tijuana and the director of La Casa del Túnel art house, currently working on a project called “Mural de la hermandad” (Mural of the brotherhood/sisterhood).

Chiu was born in Guadalajara and started his art career in Long Beach after high school. When he showed his work in Tijuana, he was offered an art coordinator job, fell in love with the city, and move permanently to his new home.

“I lived the American Dream in the U.S. but now I am still living that dream but in Tijuana,” said Chiu.

He first painted 30 meters (about 98 feet) of the border fence two years ago with the help of the Ángeles de la Frontera, an all-volunteer non-profit organization that advocates for human rights. Chiu then painted 10 more meters, about 33 feet, with Dan Watman, the coordinator of Bi-National Friendship Park.

That project inspired Chiu last year to paint a total distance of 2 kilometers of the border fence, about 1.24 miles. When finished, it will be the longest border mural in the world, and he plans to apply for the Guinness Book of World Records.

He works on “Mural de la Hermandad” every weekend in Tijuana. Chiu initially spent 30,000 pesos, nearly $1,640, on paint with 50 people showing up on the first Friday, which turned into 100 on Saturday and progressed to 200 on Sunday.

“People from around the world come and stay for a couple of days just to come help me paint,” Chiu said. Artists have flown in from Japan, Argentina, Guatemala and other countries.

When they asked Chiu when he will finish this project, he said, “I will donate every weekend of this year to paint the border.” Community members and artists have covered 1.5 kilometers in nine months thus far.

This mural “brings people together, makes you like where you live, and like whatever you do, wherever you are,” said Chiu in a video from Fusion.