Coming Out Day event featured a panel discussion about the experiences of trans in the military. 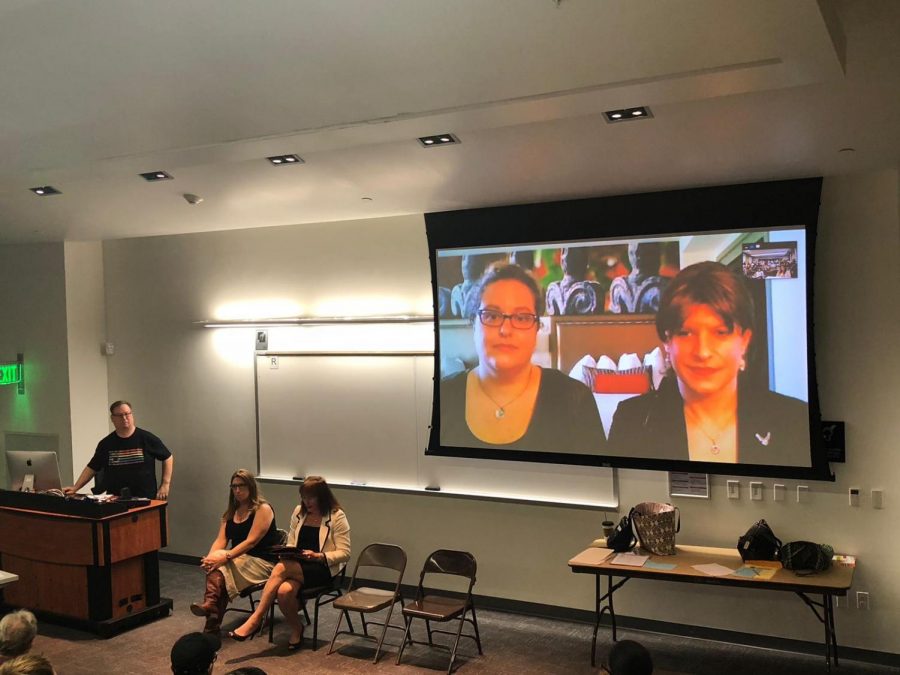 Approximately 60 students attended the event, which included a panel sponsored by the Office of Student Affairs and the Associated Student Government.

The panel featured three speakers: Scottie Jeanette, author of the book, “Getting Back to Me: from girl to boy to woman in just fifty years,” Lieutenant Colonel Bryan Bree Fram of the U.S. Air Force and the lieutenant colonel’s wife, Peg Fram.

The panel started by talking about gay history, with the Black Cat Tavern Uprising and Compton’s Cafeteria Riot. Both events were held in the 1960s, and they were the genesis for the fight for gay and transgender rights.

Panel members then discussed the personal difficulties of coming out to their families and co-workers.

“Imagine your deepest and darkest secret,” Jeanette said. “Can you tell that secret to a loved one, better yet, the world?”

The panel opened up the discussion to the students, who had an opportunity to ask questions and make comments.

The lieutenant colonel, who is an astronautical engineer, spoke on their accomplishments in the Air Force despite still having to prove equal competence to their peers.

Fram is also a member of SPART*A, an organization that advocates and educates about transgender military personnel.

“We basically have two goals,” Fram said. “One is to be the peer support network for all our transgender service members and the other is (to be) the advocacy and education arm for all transgender military personnel.”

SPART*A currently has 800 members and publishes stories about the accomplishments of their personnel, supports studies for transgender equality, and brings awareness both on a local and national level.

“We want to make sure our members can serve as themselves and bring the best value of service forward as their authentic self,” Fram said.