City College student journeys across the border to star on stage

Despite turmoil at the border, Vanessa Flores crosses on a daily basis to get to San Diego City College. 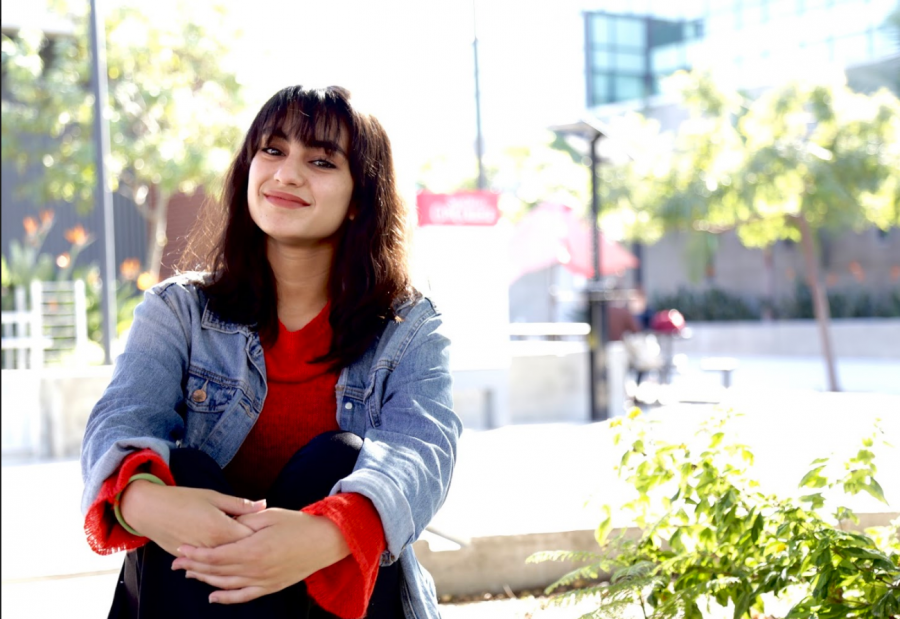 Vanessa Flores puts in 17-hour days between classes, rehearsal, and travel from and to the border. By Tiffany Rihana

When Vanessa Flores realized her passion for performing after auditioning for “The Rocky Horror Show” last semester, changing her major from graphic design to musical theatre wasn’t something she thought twice about.

“I was taking graphic design classes and I realized that I was waiting for classes to end so that I could go to rehearsal,” Flores said. “I remember thinking to myself ‘I wish I could do this everyday.’”

The 20-year-old added rehearsal time to an already full-time school schedule and daily commute to and from Tijuana, often spending 17-hour days away from home and her family.

With rehearsals last spring running as late as 10 p.m., by the time she got home, there was only time to eat and go straight to bed. The separation from her family was the most challenging.

“I would only see them when they would pick me up from the border and take me home,” Flores said. “My sister would be asleep by then. There was a time when I didn’t see her for five days straight.”

Still, she always knew she would go to college in the U.S. and being able to travel to and from Tijuana for school felt like an opportunity.

“I was a Mexican born in the United States so you kind of have that privilege to be able to come and go,” she said. “I felt that responsibility to take advantage of that. I always liked the idea of belonging to both places.”

The San Ysidro Land Port of Entry processes an average of 90,000 people headed northbound across the border every day, according to a 2018 General Service Agency fact sheet.

It’s unclear how many students like Flores live in Mexico and cross the border each day. Some choose not to publicly disclose that information for fear of losing financial aid or other resources.

The district encourages faculty to offer accommodations to students who may not be able to attend class because of border delays or closures. Flores still feels that the support may not be enough.

She talked about the SENTRI pass, a program that speeds up processing for pre-approved travelers and how it would cut back the time it takes her to cross the border significantly. She chose not to get one for fear that the background check it requires would alert the school and she could lose her financial aid.

“The system knows that we exist but they don’t want to acknowledge it,” Flores said. “They know that we are here but they don’t do anything to help students like me. That affects me because I could easily be crossing in less than 15 minutes. I feel like it’s a punishment.”

The caravan traveling to the U.S. through Tijuana, and the resulting increase in border closures and military presence has created some concern for Flores and her family.

“My aunt told me that I should stay with her but she lives all the way in Oceanside,” said Flores. “Me and my parents are just hoping for the best. We’re not letting it get to us.”

Flores said crossing the heavily militarized border doesn’t scare her. She just feels frustrated and wonders when it will end.

Her and her family talk about trying not to let what’s going on at the border affect them, but in the back of her mind she can’t forget the power the military and officials there hold over her.

“They literally have the power to tell you you can’t cross,” Flores said. “And even though it’s not supposed to be like that, there’s always that little thought in my head that ‘oh my god … they know that they can send me back whenever they want,’ even though they’re not supposed to because I am a citizen.”

There is a lot of conflict amongst commuters, like Flores, on whether to blame the caravan for all the trouble it’s causing at the border or to empathize with the migrants. Flores is siding with the migrants who are seeking asylum and a better life.

“I relate because I look at my situation as I migrate everyday,” said Flores. “I move around.  I do that because I want the education that I want and this would be the place for me to get it.”

Vladymir Wong, a musical theatre major who met Flores on the set of her first play at City College a year ago, said he respects and admires Flores for the dedication she has to her education.

“(Students like Flores are) not going to let the people at the border stop them.,” he said. “They are going to come here and learn what they need to learn no matter what that takes.”

San Diego City College’s ¡SUBIR! Cultural Center/Dreamer Resource Center announced at its grand opening that the center would function as not only a resource center for students like Flores, but also as a commuter lounge where students could have a space to simply be.

“We offer a study space, peer mentoring (and) referrals to different resources on campus,” said Lillian Garcia, Title V Program activity manager. “We also have different resources in the community like different non-profits that support students as well, so we would be able to connect them with that. It’s a space to feel safe and have that sense of community and belonging.”