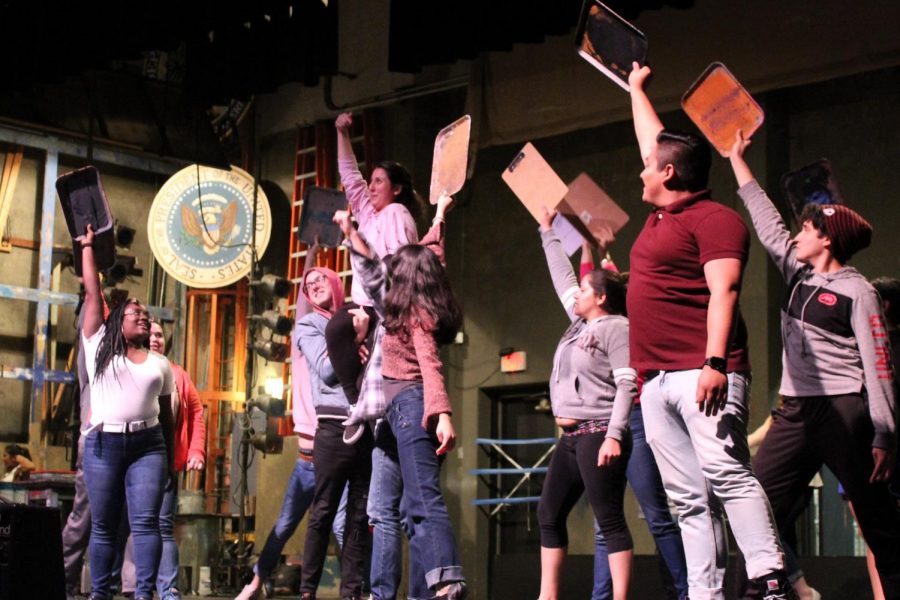 The first will be the fourth annual Festival of New Plays from March 7-16 at the Black Box Theater.

“Those are plays that were written by City College students,” drama professor Dr. Katie Rodda said. “Last semester there was a playwriting class that was taught and the students who completed that class submitted their plays. The top ones were selected for production in the New Play Festival … directed by faculty members.”

Performances will occur on Thursdays, Fridays and Saturdays. Thursday’s shows will be free to City College students.

The second production will be “Heathers The Musical,” directed by Rodda. The play is based off the 1989 cult film “Heathers.”

The musical is choreographed by professor Kristin Arcidiacono. The cast had to attend choir practices as well as learn multiple dance numbers.

“It takes place in a high school in Ohio,” Rodda said. “(There are) three girls who are super popular, and they all happen to be named Heather. They’re cruel and they’re mean. They’re like the original mean girls.”

According to Rodda, the lead character, Veronica, played by Alyssa Salacup, gets swept up into the Heathers’ world. Veronica falls for the new kid J.D., played by Devin McKenna, who has a dark streak.

This is not the first time Salacup and McKenna play romantic leads together. They had the lead roles in “The Rocky Horror Show” last year.

Opening night will be April 12 and the play will run through April 20 at the Saville Theatre at City College.

Tickets for both the Festival of New Plays and “Heathers The Musical” can be found at eventbrite.com. Prices range from $10 to $15.