After two cancellations, students can learn more about campus organizations at Club Rush. 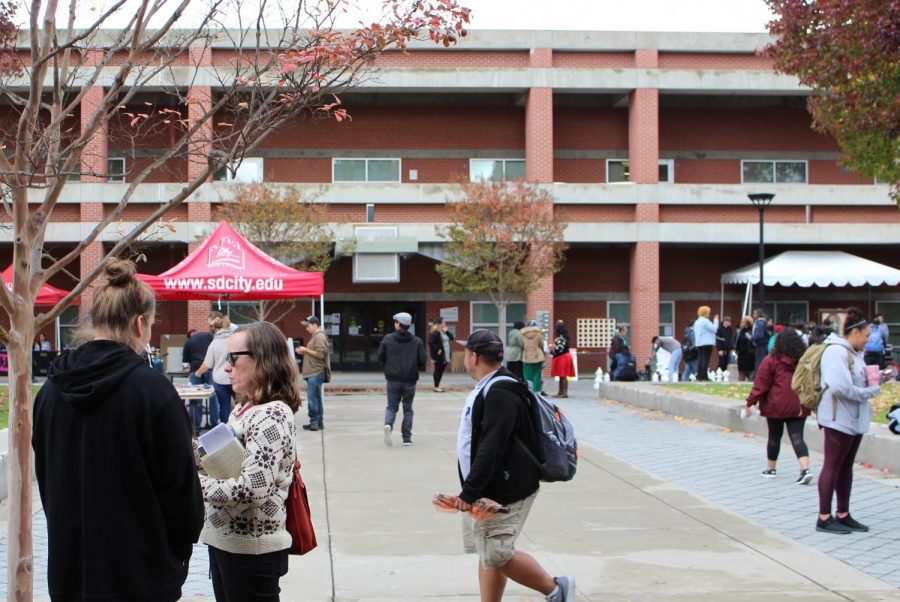 City College clubs and organizations will be out on campus tabling and offering information to students like they did in the Fall 2018 semester's Block Party. By Jonny Rico/City Times

San Diego City College officials are hoping for good weather on Thursday for the third attempt at Club Rush.

Pedro Beltran, an Inter-Club Council representative, confirmed to City Times that Club Rush would be held on March 7 after the last postponement.

College clubs and organizations will be out on the AH/BT and MS quads from 10 a.m. to 2 p.m., provided weather condition allow it.

The weather forecast for Thursday looks cloudy but dry.

Club Rush organizers hope the forecast does not change. They had originally scheduled the event for Thursday, Feb. 14, but bad weather forced a one-week delay. The Feb. 21 date was also forced to be pushed back due to rainy conditions.

Club Rush is meant to promote the many services available to students on campus and increase memberships within the clubs on campus.

New clubs like the Early Childhood Care and Education Club are excited to join Club Rush for their first semester at City College.

“Our purpose for our club is to provide students the opportunity to network, and socialize with each other and professionals,” wrote Denise Blaha, an assistant professor of childhood development at City College to the City Times.

Joining a club is one of the best ways to get involved on campus, according to the college’s website.