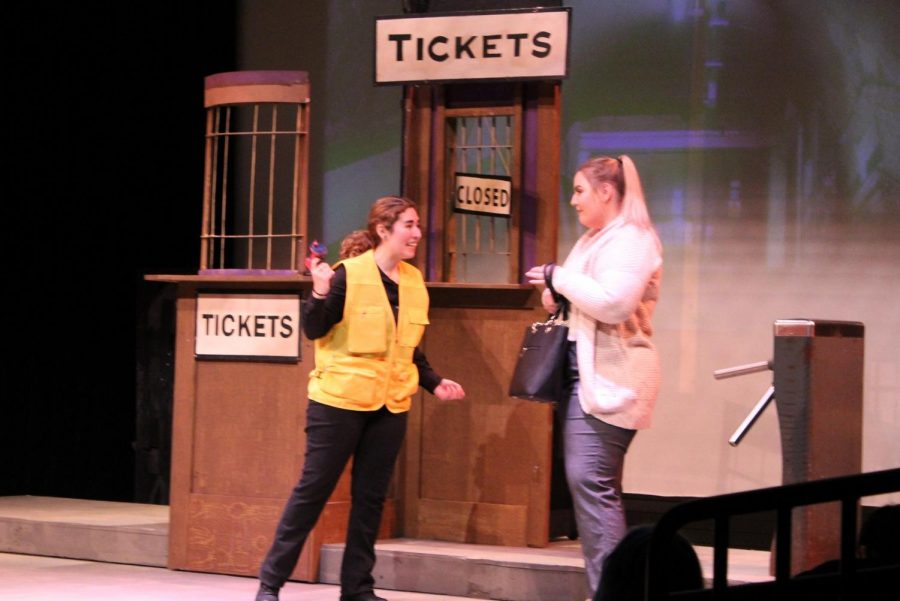 San Diego City College students have had the opportunity to write and submit plays to the New Play Festival to be showcased to audiences on campus during the past four years. This year’s plays touched on subjects like drugs, family and what it means to lose someone close.

“The plays were submitted by December,” said Matthew Salazar-Thompson, one of the three directors. “Then myself, Emmelyn Thayer and Farrell Foreman, choose the plays. There were about 45 plays this year and we chose the six that we thought were the most diverse and spoke to not only social topics but what speaks to our humanity.”

This year’s New Play Festival is different from previous productions. The directors were able to bring in costume designers Jade Boldenow and David Morales. They also brought in music from students in the music department.

Several days into the New Play Festival and its reception has been glowing. The plays have been performed in front of packed audiences at the Black Box Theater in an interactive environment.

Each performance has a talkback session, where the playwrights and actors are asked questions.  So far, the audience has been very responsive and seemed to enjoy the interaction.

Gary Talleksen, a New Play Festival actor, came into the performing arts department due to his son, who was also an actor here at City College and performed in about six plays. Talleksen was dared by his son to try performing and he accepted the challenge.

“I try to connect with it probably too much,” Talleken said, “because of my personal experiences with my son and unhappy moments that we are still kinda dealing with. I just miss him. He’s my baby and that’s where I draw all of my influence from.”

The New Play Festival will continue next week with shows on Thursday, Friday and Saturday at the Black Box Theater.

The 2 p.m. Thursday show is free to all City College students with a school ID. The Friday and Saturday shows are scheduled for 7:30 p.m. General admission tickets are $15 and students, seniors, military and SDCCD employee tickets are $10.