Gonzlaez will be transferring to SDSU while working at One America News Network. 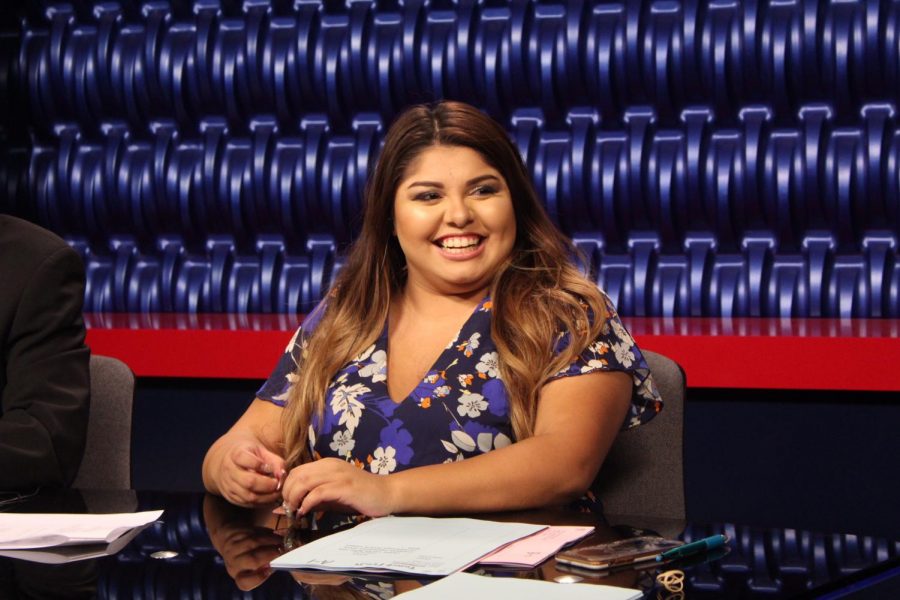 Marissa Gonzalez will graduate San Diego City College with five semesters of Newscene under her belt. By Jonny Rico/City Times

Being a good writer is not enough for the world of television and journalism, this is something Marissa Gonzalez learned while studying at San Diego City College.

Gonzalez, a Radio Television and Film major, will be graduating City College at the end of the spring 2019 semester with an associate’s degree in RTVF with an emphasis in broadcasting.

The journey began in the fall 2016 semester when she took various introductory courses in the RTVF department. Through those classes, Gonzalez learned of the college’s news broadcast program, Newscene.

“I thought about joining (Newscene) in my final semesters,” Gonzalez said. “But I was encouraged to start right away.”

She started her Newscene journey earlier than expected, but it has paid off.

Employers at the internship she had last semester and the job she currently has now had past experience working with former Newscene students. This made her a more favorable candidate.

“There was a lot of fast-paced learning,” said Gonzalez of her first semester in Newscene. “The production aspect (was a struggle). I didn’t know terms like V.O. or VOSOT.”

Now in her fifth semester on Newscene, Gonzalez is the most experienced student on the crew.

“(Gonzales) exemplifies what we expect from our students,” said professor Chris Acedo, who is the co-faculty adviser for the production of Newscene. “She came to our program from high school and is now working in the industry while completing her studies.

“She will go down as one of our best students.”

Gonzalez, who previously served as City Times sports editor, will be transferring to San Diego State where she will work toward her bachelor’s degree in SDSU’s Journalism and Media Studies program.

While SDSU was not her first choice — she originally considered transferring to San Francisco State University — a few more years at home is not such a bad thing for Gonzalez.

Her job as news writer for One America News Network, plus the opportunity to save some money on housing, drove Gonzalez to choose SDSU over SFSU.

“I know I will eventually have to move (away from San Diego),” she said. “Me and my family will have some time to mentally prepare for that day.”

A few vacation days in San Francisco — her “happy place” — is a possibility for Gonzalez after her City College graduation.

She plans to continue to work and gain experience at One America during the summer and her time at SDSU.

After finishing school, Gonzalez will look for on-camera reporter jobs, that is when she knows she’ll have to consider moving away from San Diego.