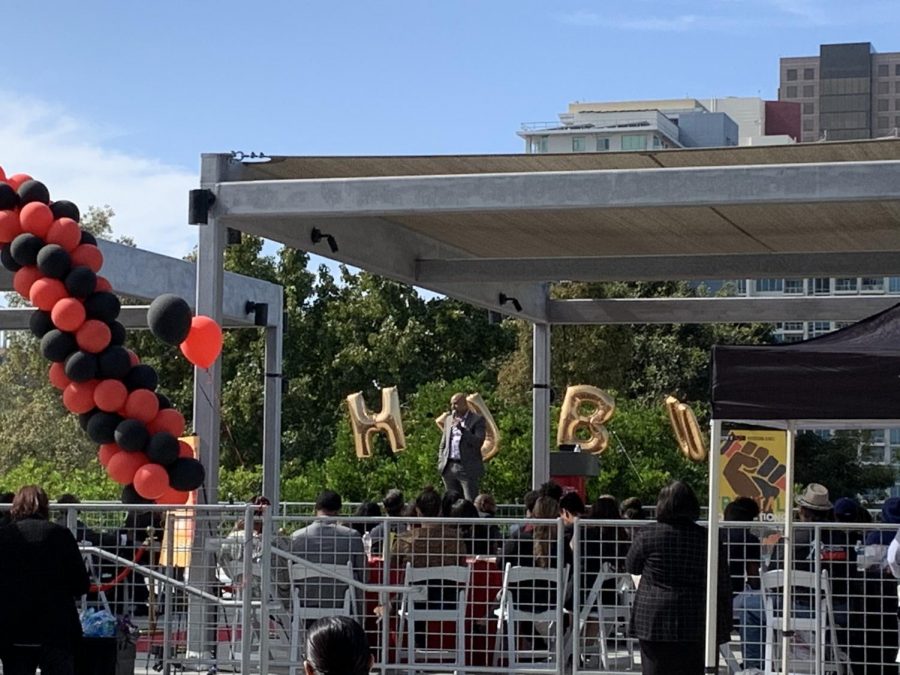 The event brought in high schools from around the area, as well as catering to current City College students. The attendees shared jokes and laughter as guest speakers shared motivational words with the group.

A large crowd participated in the opening speeches before separating off to different workshops where they could focus on different areas of success.

”HUBU was founded to support our black and brown men. The program is supposed to provide a space for the men to discuss real life issues that impact them as men of color,” Nesha Savage, founder of HUBU, said.

This motive was clearly shown by the supporters in attendance.

Harris spoke about how he saw himself in the group of young men in attendance, and how sharing his story might be the spark some of them need.

“I think the goal is to inspire a vision. A vision for self, that’s bigger than what they might currently see or recognize,” Harris said.

During the event a verbal dispute broke out not involving City College students, however it did not discourage the supporters of HUBU.

“It’s our responsibility to recognize that, to embrace it, to see it as another opportunity for education and development,” Harris said. “For me, for somebody who understands the realities of being a young man of color, it doesn’t evoke fear for me, it doesn’t change the mission. I think it just reinforces the value and importance of a space like this.”

HUBU is active year-round, giving members access to many resources, such as financial aid applications, counselors, cultural field trips and much more.