Take a peek into the future with City FX

The City College special effects program will be presenting their interpretations of the future at BREAKTHROUGH: The Future. 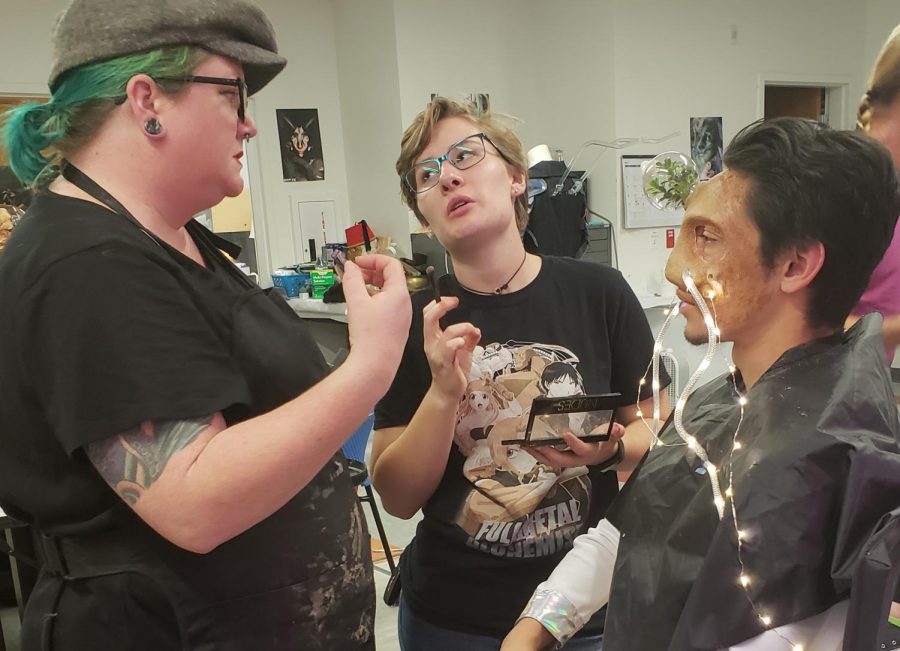 City FX students tried to imagine what the creatures of the future will look like. Photo by Angel Cazares

What will the future look like? This is a question that has been asked through generations.

People from a variety of industries including artists, storytellers and scientists have tried to create an image of what the future will hold. This time, City FX will be giving us a glimpse of the future with their interpretations of mankind and creatures of tomorrow.

“City FX is a special effects makeup program and it was created to offer students an affordable way to study makeup and create their own prosthetics like they do in the movies, like you see in Star Wars or Avatar,” professor Andrea Singer said. “We are the only community college in the United States that offers a certification in special effects.”

On Nov. 2, City FX will be partnering with Vanguard Culture to present over 20 different futuristic designs for an event called BREAKTHROUGH: The Future.

The Vanguard Culture, a non-profit organization, will be hosting the event which will include simulated science of the human heart and brain and a collection of costumes.

Artist Crystal Daigle will be showing a collection of digitally painted art of possible futures and portrait photographer Josue Castro will be taking complimentary photos. Gourmet food and cocktails inspired by the future will be served at the event.

One of the benefits of being in the special effects program in San Diego is that they get many offers for events. In fact, this is City FX’s fourth collaboration with Vanguard Culture.

Student Grace Dawson talked about how City FX was a good match for all of her experience.

“It kind of puts together all the things I already do … for a profession. I’m actually a makeup artist, 17 years, and so this kind of puts (together) everything I can do, because I have a cosmetology license as well, and a fashion degree,” Dawson said.

Some City FX students spoke about their inspiration for the projects they worked on for BREAKTHROUGH: The Future.

Cristal Giles  said heavy pollution was her inspiration when she thought about how turtles would look like in this world. Her design features a turtle in a fishing net with trash, straws and bottles.

Student Bert Rotzler took ideas from a community of fiction writers that she is a part of, which is a shared multiverse of space pirates. She modified the character to be more robotic instead of a cyborg.

The class is excited about what the event has in store for them and how their work will be received.

“We all keep getting better and I just love when we show the end result at our events because that’s where you see all the work that we put into this whole semester, and what it leads up to, and what the product we present, to see people’s reactions,” student Alfonso Perez said.

“I am ridiculously excited for the event, it’s been a lot of work leading up to it. I wouldn’t say I necessarily pulled an all-nighter yet, might this week because it’s down to the deadline. We’re all really passionate about getting this done,” Rotzler said.

BREAKTHROUGH: The Future is a jam-packed event filled with costumes and makeup, art, science, food and wine.