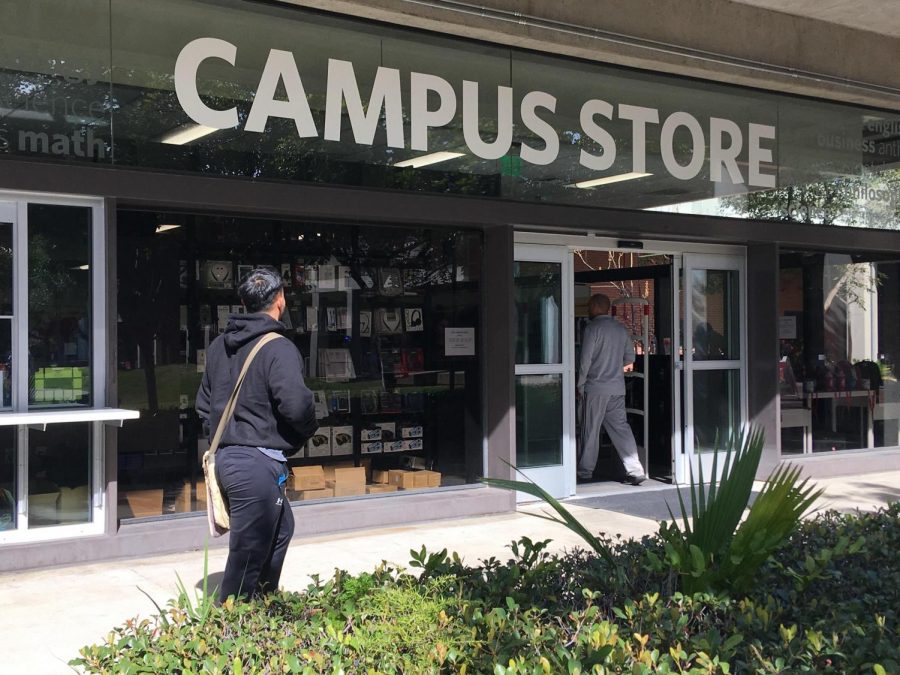 With the rising cost of textbooks, many students struggle to pay for them. Photo by Melisa Cabello-Cuahutle/City Times

Story update: Mesa College is hosting an Organizing for Textbook Affordability event on Saturday, March 14 from 11-2 p.m. in its LRC Building for anyone who wishes to be more involved.

But the social work student wasn’t expecting the high prices she found on the materials required for her classes.

City College professors are fighting the rising cost of textbooks for students like Moran with a free service, Open Educational Resources.

OER provides high-quality educational content that contributes to student success at no cost.

“Textbook affordability is really important,” said professor Arnie Schoenberg at an Associated Students Government event last November. “It’s a factor that determines student success. (It’s) one of the reasons you guys fail and drop out.”

According to the presentation given by professor Schoenberg, for the 2015-2016 academic year, the highest cost textbooks were from cosmetology and psychology.

“There (are) more options (now),” bookstore supervisor Dee Dee Porter said. “(Students) can rent the textbook, a lot have gone electronic, faculty are making their own packets or their own course materials. … There are ways to lower the price of the book, and we are always pushing for that.”

Schoenberg works with the Textbook Affordability Committee in an effort to promote legal solutions, specifically encouraging the use of OER in City classrooms.

“We found that dealing with cheap textbooks has improved everybody’s experience across the board,” Schoenberg said.

OER gives digital and print access to resources such as courses, materials, modules, textbooks, videos, tests and software. These resources are public, so students and teachers can get access, and even contribute to them.

But despite its usefulness, OER is not without blunders. Using it means more work for faculty members.

“The faculty have to write for it and they don’t get paid for it,” Schoenberg said. “They are writing for it and then giving it away, which is a little of a hassle.”

According to the San Diego Community College District, using OER saved City students a total of $53,841 in the fall semester.

Correction: This story has been corrected to properly note the data difference between n0-cost digital textbooks and OER textbooks. The City Times regrets the error.