The event with Brother Yusef Miller was for Muslims, non-Muslims to connect 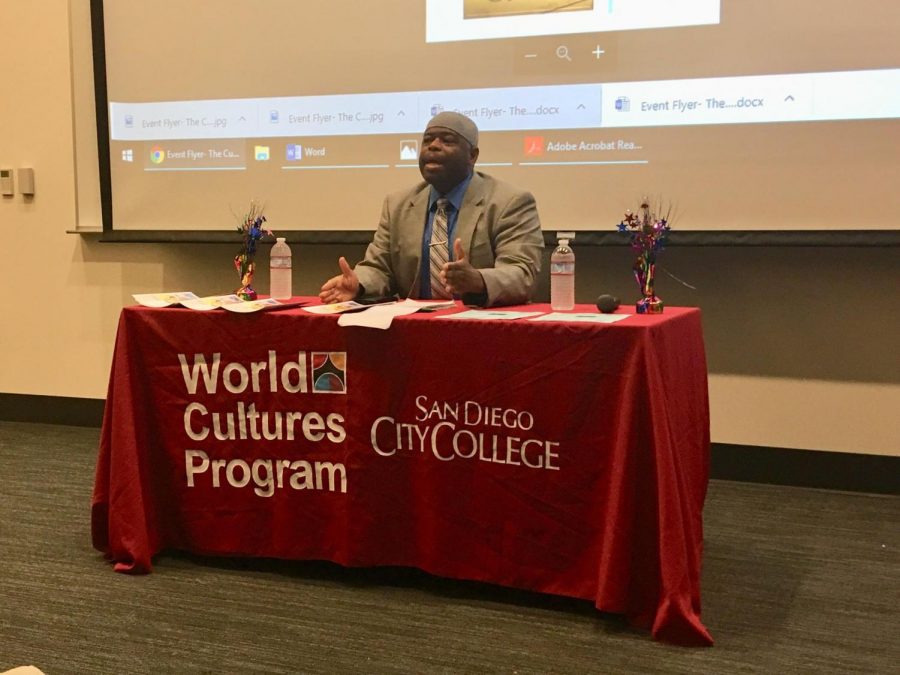 Images of Muslims in the media are often depicted committing terrorist acts, specifically on U.S. soil. However, according to Brother Yusef Miller, “just because you see Muslims doing a thing doesn’t mean it’s from Islam.”

On that same note, he added that just because you see a Christian doing something harmful, it does not mean it is fueled by Christianity.

The World Cultures program hosted a presentation called Culture of Tolerance in the Islamic Tradition with Miller on Thursday, March 5. It was an effort to improve relationships between Muslims and non-Muslim communities through education.

The World Cultures program is working on the idea to embrace differences and to appreciate and understand the importance of building healthier relationships with one another.

San Diego City College has a significant Muslim community, which is why the World Cultures program incorporated events like this to make sure the religion is better represented.

“There is a lot of Islamophobia because of the sharing of misinformation in the media and (it) can be very damaging,” said María-José Zeledón, assistant professor of Communication Studies and co-director of the World Cultures program. “These events help to destigmatize hate, to heal and build empathy. At the end of the day, we have more commonalities than differences.”

This was an event that was meant for both Muslims and non-Muslims, where both groups had the opportunity to educate themselves about the religion and learn something new

“This is my second event … by brother Yosef and each event I attend keeps educating me more about Islam,” City student Bahdoon Moll said. “I follow the Islamic tradition and I used to think that the Middle East showed the true version of Islam. But now that he’s spoken, saying that (the Middle East doesn’t) really have any and gave evidence as to why it does show a different image of Islam.”

The event was attended by faculty and students from diverse religions and although the main focus was to talk about tolerance in Islam, those who attended also had the opportunity to ask questions and touch on subjects such as abortion, LGBTQ in the eyes of Islam and women being forced to wear hijabs.

Personal growth professor Doc Rivera said it was important for our community here at City College because the event provided a real basis for racial unity, equity and equality.