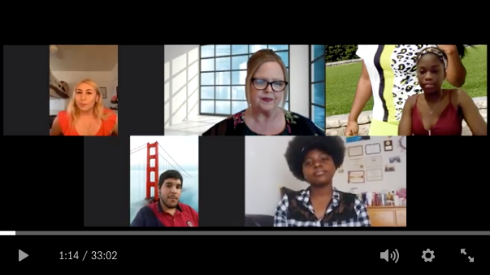 Despite the campus closure due to COVID-19, Associated Student Government elections will be held May 13 and May 14.

A candidate forum was held last week over Zoom hosted by ASG advisor Lori Oldham. Oldham introduced the students running and also allowed them to express why they are seeking their respective positions within the student government.

Marie Migambi, Victoria Boahemaa Owusu, and Nicolas Ruvalcaba are all seeking to retain their positions as ASG Senators.

Across the board the candidates at the forum expressed the desire to help their fellow City College students. Many of them are also involved in the Puente Project.

There was also a call to action from the  candidates at the forum, asking for more engagement from the rest of the student body. Munoz even offered her assistance with paperwork for those interested in ASG.

Currently there are eight open Senate positions with only four students running, in addition to other positions that are already vacant.

“At a current state, we’re not that many members like we use to be when I started,” Ruvalcaba said.

More than one of the candidates conveyed gratitude for the communication and leadership skills they have gained through ASG.

“I have the power to not be shy,” Migambi said.