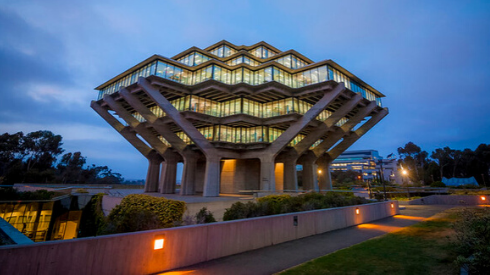 Some college students have missed the date of their admission and are worried about a possible disqualification letter, according to Dr. Abdimalik Buul, director of Student Transition Services at San Diego City College.

“I strongly advise transferring students to appeal the university’s decision,” Buul said. “They are reasonably understanding during these times.”

That was one of the many concerns addressed in an Extended Opportunity Programs and Services Transfer Forum on Zoom on May 13.

The meeting was hosted by EOPS counselor Salem Berhanu, with special guest Timothy Borch, assistant director of undergraduate admissions at UC San Diego, and was joined by colleague Michelle Smith.

EOPS counselors and transfer students were also present during the Zoom meeting.

Unlike San Diego City College, UCSD has not confirmed if courses will be exclusively online for the fall semester. However, the summer session is confirmed to be online.

Transfer students were concerned if their classes were transferable if taken at City during the summer.

Borch encouraged students to refer to assist.org and to research the Transfer Course Agreement (TCA).

“If it’s on the list, then it is acceptable,” Borch said. “You can even look up your major from A to Z, and it will give you the list of classes needed for transfer.”

Borch also recommends students to take as many major prep courses at a community college as they can to save on cost, and the time spent on the degree can even be reduced.

Students were also curious if their pass/no pass grades would be accepted for admission.

Smith stated via Zoom, “any classes from winter, spring, and summer of 2020 pass or no pass grades will be accepted as long as it’s a 2.0 or better.”

Said Buul: “This type of crisis benefits students. In fact, students will be an asset, a commodity to any institution. Their tuition actually matters due to the economy being down.”

Although the economy is in tough shape, it hasn’t changed the selection of students. Instead, it has made it more flexible for students to gain acceptance.

“As long as transferring students have 48 units in math and English completed by summer, they’re in good standings with CSUs. Their flexibility has been a great help,” Berhanu said.

Universities have started to phase out SATs, which has been one of the main goals counselors have tried to reach with the institutions for years.

“Transfer students have up until the first day of classes to submit transcripts,” said Selam Gebrekristos, an EOPS counselor.

Fall class schedules are available online for City College as of May 26. On July 15, registration will be open for the fall semester.