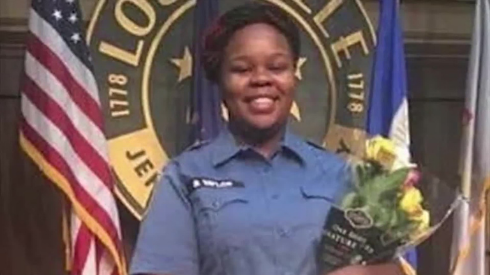 Breonna Taylor, the Louisville EMT who was shot by police and died earlier this year. CNN photo

As protests continued in Louisville and across the country, including in San Diego, after the police involved in Breonna Taylor’s murder were not convicted, San Diego City College President Ricky Shabazz shared an open letter to the community.

The letter, which Shabazz shared on social media through multiple campus-related accounts earlier today, encouraged readers to reach out to Black women and the Black community.

“I know that our Black women, our Black students, and our Black community aren’t doing well,” Shabazz wrote. “Neither am I.”

Over a dozen protesters were arrested for unlawful assembly after violating the curfew that was put in place in Louisville on Thursday night. This comes after only one officer was indicted for recklessly shooting into a neighbor’s home during the raid that killed Taylor.

Shabazz encouraged everyone who has been impacted to seek help from City College’s Mental Health Counseling Center.